How blockchain can eradicate poverty in Africa

• You might have read Africans changing jobs, migrating countries, making investments, and trying a myriad of avenues to at least earn good sustenance for life.

• Among all South Asian countries, cryptocurrency has shown significant growth and development with various price fluctuations throughout all the years. 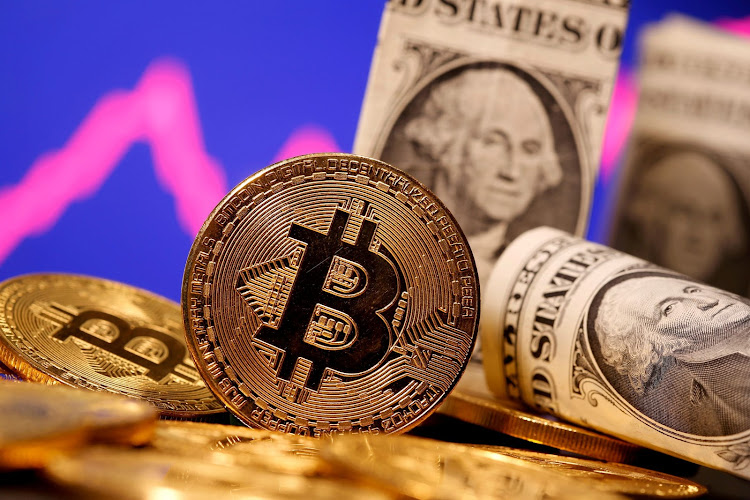 A representation of virtual currency Bitcoin and U.S. One Dollar banknotes are seen in front of a stock graph in this illustration taken January 8, 2021.
Image: REUTERS

Poverty is the root of all the vices and an extreme threat to the development of every country.

When we look back, there’s a remarkable record of countries that have successfully alleviated poverty from the region by using cryptocurrency.

Unfortunately, Africa is still struggling to evade the drastic poverty and its miserable consequences from numerous parts of the continent.

Calling Africa an under-developed country would not be wrong but stating it has not progressed in all these years in terms of cryptocurrency use is definitely unjust.

The rising progress of blockchain technology- a secure, decentralized distributed ledger through which cryptocurrency runs has recently relished the country’s regressed economic conditions.

From not even earning bread and butter through daily wages to making whopping assets and luxuries in the country, Africa has experienced the most unexpected yet staggering crypto growth.

You might have read Africans changing jobs, migrating countries, making investments, and trying a myriad of avenues to at least earn good sustenance for life.

However, the 1.3 billion striving individuals of Africa have today successfully acquired a much better position through using cryptocurrency by Bitcoin Champion. To know how blockchain technology turned out to be a blessing in this miserable continent, continue reading the article.

From struggling African market economies to experiencing multiple economic downfalls, a number of factors including shortage of heavy capital gains, good investors, and risk-taking individuals have always held the country back from being globally recognized.

However, the exposure to blockchain technology-enabled thousands of young, tech-savvy African individuals to look for better opportunities and a quality way of spending life. Despite the highly volatile nature and price fluctuations, blockchain technology kept cryptocurrency a safe and stabilized store of value.

The decentralized customer base of blockchain technology works regardless of the boundaries, authorities, or any state’s rules or regulations. Therefore, the careful, successful, and frequent use of blockchain in Africa proved as a blessing for rural communities of Africa and all those local Africans to promote social mobility in the countries regardless of not having enough physical banking services.

The ignorant and uncontrolled African government has always been a major loophole in the region’s progress. From the central banking system to the SAARC, Africans have always been imposed several restrictions on the use of blockchain technology. Its decentralized nature helps you cut down all the central banking systems from your list and directly interact with the ultimate buyer with reducing high remittance charges on every crypto use.

Among all South Asian countries, cryptocurrency has shown significant growth and development with various price fluctuations throughout all the years.

From transferring funds back at home to stabilizing the financial system, blockchain technology has helped Africa solve half of its problems including the drastic poverty that Africa is struggling with all the years.

Also, the government is rapidly turning towards blockchain technology and gradually knowing its benefits that have profited the region.

Because of the extremely secure transactions, bitcoin and other cryptocurrencies in Africa have played an integral role in raising capital for the region.

It has also helped people get relief from the hectic monetary systems to secure funding’s by easily raising loans from cryptocurrency.

The accountability, transparency, and easy accessibility of blockchain technology have inculcated a sense of fidelity towards cryptocurrency and how it can benefit millions of people without even doing high investments.

The reason why blockchain technology has helped Africa eradicate its poverty is the unexpected price ascensions of the cryptocurrency that can sky-rocket any time. However, if the situation in Africa continues like this then we’ll soon observe Africa as a poverty-free country.