Mainstreaming the needs of victims of terrorism has been a slow and arduous affair.

• While terrorists generally target States to push a certain agenda, it is the victims who bear the brunt of the grisly terror attacks resulting in loss of lives, damage to property and the ensuing socioeconomic disruption.

• Whether compensation or restitution, victims of terrorism, like those of other crimes, deserve to be restored to the position where they were prior to the attack. 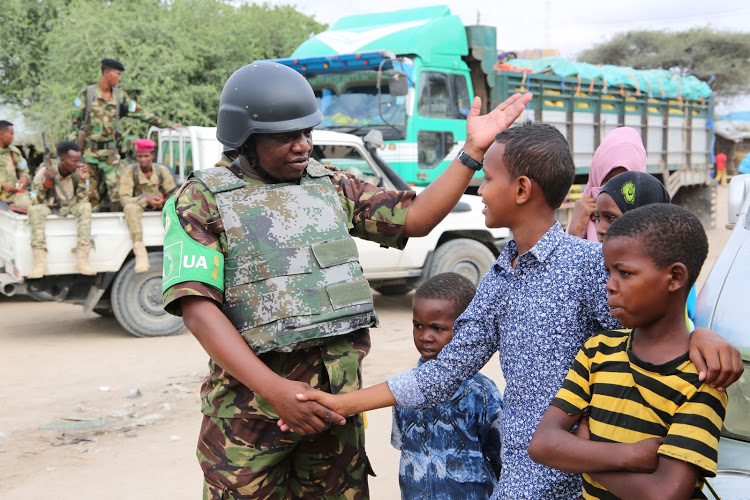 Terrorism is an attack on humanity.

The ultimate impact of the barbaric acts of violent extremists manifests itself in the untold physiological, psychological, emotional and mental suffering meted out not just on the victims, but also their families and communities.

While terrorists generally target States to push a certain agenda, it is the victims who bear the brunt of the grisly terror attacks resulting in loss of lives, damage to property and the ensuing socioeconomic disruption.

Whereas there has been a concerted global effort to combat terrorism and other forms of violent extremism in recent years, most notably after the 9/11 attacks in the US, mainstreaming the needs of the victims of terrorism has been a slow and arduous affair.

It was not until 2008 that the global community began to seriously accelerate efforts to address the plight of victims of terror during the United Nations Symposium on Supporting the Victims of Terrorism in New York.

This followed the adoption of the UN Global Counter-Terrorism Strategy in 2006, calling on nations to end the dehumanization of terrorism victims, to give them a face and a voice, and more importantly, create support systems at the national level.

Such support includes providing medical, psycho-social and financial assistance to enable the victims and their families to rebuild their lives but more critically, ensure justice for the affected persons while holding the perpetrators accountable for their heinous acts.

The Madrid Memorandum of Good Practices for Assistance to Victims of Terrorism Immediately After the Attack and in Criminal Proceedings proclaims that States should consider providing financial assistance and other forms of reparation, including financial compensation, for victims of terrorism.

It is also internationally accepted that victims should also be accorded legal status in pursuit of justice.

The perpetrators must not only be brought to book but also compelled to make reparations to the victims in the form of compensation or restitution.

Generally, the compensation made to victims of crime is normally in the form of financial support by the State to help meet costs incurred because of a crime.

Restitution on the other hand involves the perpetrator paying the victim.

The assets of the attacker or their facilitators who may even include States are seized and used to pay victims.

Some countries like the US, Italy and Spain have used both compensation and restitution as part of victim support to cater for economic loss, personal injury, cost of medical treatment and other incidental expenses arising out of terrorist attacks.

Whether compensation or restitution, victims of terrorism, like those of other crimes, deserve to be restored to the position where they were prior to the attack, or at least to be supported to recover what they lost.

Our Constitution at Article 29 (c) provides that every person has a right to freedom and security and the right not to be subjected to any form of violence from either public or private sources.

The Act provides a mechanism for the protection of victims of crime and abuse of power and, inter alia, provides reparation and compensation to victims.

Section 23 of the Act expressly provides for the right of the victim to compensation or restitution from the offender.

Compensation under the Act means an award by the court to a victim.

Apart from compensation and restitution, the Act also provides for victim support services, defined as all services offered to the victim of the offence to secure restoration of their emotional, mental, physical, legal or economic status from any harm occasioned by the offence committed.

Although the Act does not directly refer to terrorism victims, Section 4 of the Prevention of Terrorism Act 2012, declares that any person who carries out a terrorist act commits an offence, and would therefore be liable to compensate or restitute the victims of his or her crimes.

However, the Victim Trust Fund is not yet fully operational and resourced despite regulations governing its operations already in place.

Protecting and assisting Kenyans impacted and affected by terrorism should be part and parcel of ongoing Prevention and Countering of Violent Extremism (PCVE) programs. In other words, it is not enough to target the perpetrator while forgetting the victim.

Hundreds of Kenyans have lost their lives in terrorist attacks, thousands more maimed and many families devastated by these heinous crimes.

All the more urgent the need to fully activate the terrorism component of the Victim Protection Trust Fund to expedite justice to all those involved.

Victim support programs are also integral to building community resilience to violent extremism. Victims are not mere collateral damage in the war on terrorism but people with a face and a voice, with a right to be seen and heard.

This requires partnerships between State and non-State actors.

In Kenya, the Victims of Terrorism Organization (Kenya) has been working with victims of terrorism to promote peace.

Such efforts require the support of everyone. Only through actively supporting victims can we send a strong message that terrorists can and will never defeat us.

Mr Mwachinga is an Advocate of the High Court of Kenya. [email protected],co,uk