We need to use Kiswahili more as an official language

Parliament and Judiciary need to make Swahili their modus operandi

• Although Swahili is both a national and official language in Kenya, few leaders are keen to use and promote it in formal settings.

• The politicians, for example, have the knack for using Swahili only when addressing citizens in political gatherings or verbally attacking each other. 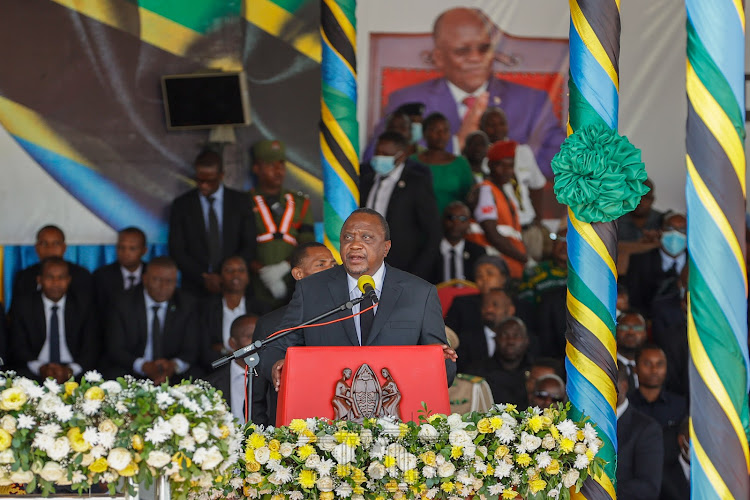 I watched President Uhuru Kenyatta with great admiration as he eulogised the late Tanzanian President John Magufuli in Swahili.

It was even more striking when he paused his speech to allow the Muslim call to prayer to end. By choosing to use Swahili, Uhuru instantly connected with the Tanzanian audience, which he would otherwise have not had he spoken in English. It was obvious he desired his message to resonate with the largely Swahili-speaking audience.

But the more I listened to the President, I wondered why his speeches are ever written in English whenever he addresses the nation yet it’s Swahili that the majority of Kenyans understand and speak. It’s only after he concludes his speech that the President makes few unwritten remarks in Swahili. He appears to give preference to English speakers who are the minority and can understand Swahili as well. This is despite the President’s numerous public pledges to unite Kenyans.

Although Swahili is both a national and official language in Kenya, few leaders are keen to use and promote it in formal settings. The politicians, for example, have the knack for using Swahili only when addressing citizens in political gatherings or verbally attacking each other. But they are quick to discard the language and embrace English as soon as they enter Parliament. Yet in Parliament, they purport to represent the same people they address in Swahili in public meetings. It is sad, for instance, that even county assemblies in the coastal area where people largely speak Swahili conduct their sessions in English.

President Kenyatta, his speechwriters and politicians should learn from Magufuli and Tanzania. Key among the legacy he left is his strong advocacy for Swahili. During his tenure, the late Tanzanian leader pushed for translation of the country’s laws and regulations into Swahili to facilitate access to justice for all Tanzanians. He was dismayed that the Judiciary of Tanzania still used English in writing and delivering judgments, 60 years after independence. Before Magufuli’s death, the Tanzanian Parliament and the Ministry of Constitutional and Legal Affairs were already working to realise this goal. The translation of 450 laws is expected to be complete by December 2021 and that of over 15,000 regulations by June 2022.

President Kenyatta and his government should also take a cue from Rwanda whose National Assembly in 2017 recognised Swahili as the fourth official language after Kinyarwanda, French and English. Although this was part of the 2007 commitments of the East African Community in which Rwanda entered, some viewed it as an attempt by the country to move away from its Belgian colonial legacy characterised by use of French.

For Uhuru to realise his vision of uniting Kenyans, he must realise the stupendous power that Swahili language wields. He certainly won’t be in power for long but he can at least do something to champion Swahili in the little time left. He can do that by for instance using Swahili in his official public speeches instead of English and requiring the same from government officials.

Both Parliament and Judiciary need to make Swahili their modus operandi which will undoubtedly necessitate the translation of laws into Swahili.

Last but not least, Kenyans have to embrace Swahili as a language of their own and use it with pride. If we all do our part, Swahili will eventually take its rightful place and stop being considered a language of the unlearned. It will no longer be the language that people use with reckless abandon and get away with it.

Kabugi Mbae is a journalist at Africa Uncensored.