Starvation should not be a badge of honour in this age 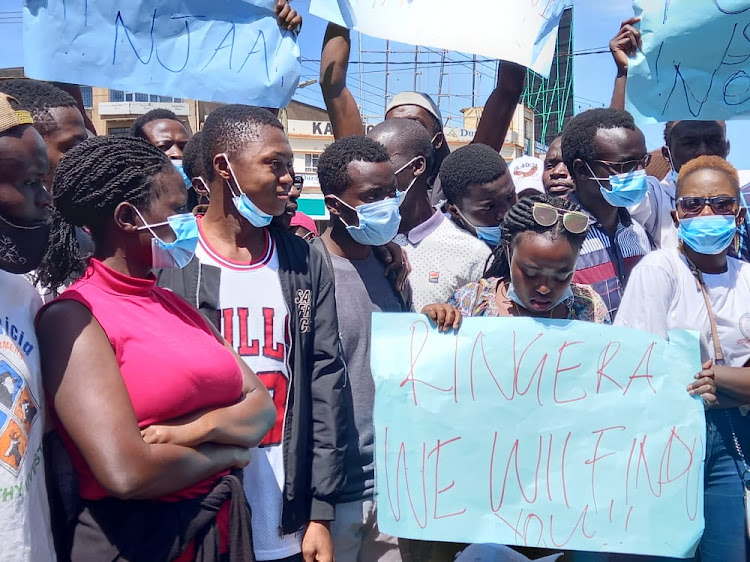 Moi University students protest in Eldoret for the second day demanding the release of delayed loans from the Higher Education Loans Board.
Image: MATHEWS NDANYI

Last week, Moi University students made a public plea for food aid, and even held demonstrations in Eldoret, eliciting empathy and ridicule in equal measure. To those hailing from privileged backgrounds, starvation ought not to be the basis of an outcry by university students in a country beset with corruption, brinkmanship and state-sanctioned ethnicity.

But those who have faced the debilitating fangs of hunger will tell you that there's nothing as dehumanising as going without food. Chronic starvation lowers people's self-esteem and robs them of the ability to think constructively and critically. People have dropped out of school and ventured into nefarious activities because they can't put up with studying on empty stomachs.

We may be a country given to apportioning blame to local universities for our inability to innovate, discover and research, but this decades-old ignominy cannot be reversed with an enduring legacy of hunger in the country. Starvation didn't just start with the advent of Covid-19, it has been a scourge that has deprived numerous families of their dignity.

A country may be lacking the wherewithal to industrialise, but a government that cannot feed its citizens has no plausible reason to exist. Why do we entertain government officials driving cars and living in houses they can scarcely finance with their salaries, yet hurl expletives on students genuinely crying for food, a basic human need?

Yet we somehow enthusiastically wear it as a badge of honour when the privileged, giving motivational speeches, talk about, "So and so became a professor because he could miss lunch and supper" and "I used to sleep hungry and that's why I have made it in life."

We have conveniently turned people's unforgettable and humiliating past experiences into the reason those entrusted with leadership should be spared of blame. So insensitive have we become as a country that the man or woman who can barely feed or house their family, no matter how diligent they work, are accused of "not thinking outside the box". We view poverty as a creation of the victim rather than as a systemic impoverisation of the masses by the powers that be for the sole purpose of political manipulation.

A country may be lacking the wherewithal to industrialise, but a government that cannot feed its citizens has no plausible reason to exist. Why do we entertain government officials driving cars and living in houses they can scarcely finance with their salaries, yet hurl expletives on students genuinely crying for food, a basic human need? Where do we even get the courage to repudiate a starving student when a government that listed food security as a key pillar of its economic blueprint is still alive and kicking?

We cannot expect students to be intellectually productive in an environment where basic human needs are missing. If food is a dream, where will the resources and tools for research emanate from? The foreign countries we gleefully acclaim and wish our universities to emulate boast solid systems and structures, thanks to a leadership premised on service to humanity and good governance.

There's no pride in suffering, and the sooner we realise that the buck stops with the government, the better.

We have no money for Moi University student loans - Helb CEO

Ringera said they require Sh15.5 billion to release to about 500,000 students.
Counties
1 year ago

Board chief executive Charles Ringera says they are yet to receive Sh5.7 billion from state
News
1 year ago

Students' upkeep allowance can now be transferred into the student’s M-Pesa wallet
News
1 year ago
Post a comment
WATCH: The latest videos from the Star
by JOAB APOLLO
Star Blogs
17 March 2021 - 04:00
Read The E-Paper