What #LindaKatiba is and why it matters

• It is a collective movement of Kenyans who believe that our Constitution holds great promise for the Kenyan people.

• As citizens, we must not give up. It is time for Kenyans of goodwill to reclaim their voices individually and collectively and speak truth to power. 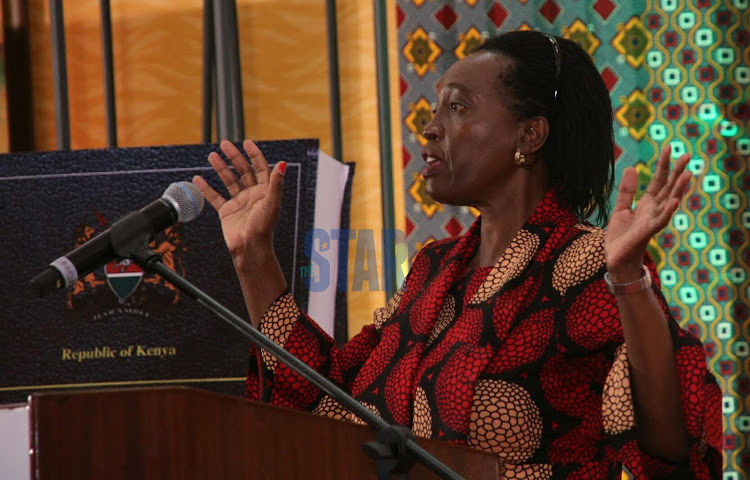 The Linda Katiba is a citizen’s voluntary initiative that is determined to resist the government-led move to unconstitutionally cannibalise and overthrow the will of the people of Kenya encapsulated in the 2010 Constitution.

It is a collective movement of Kenyans who believe that our Constitution holds great promise for the Kenyan people and when fully implemented, will bring about the transformative changes envisioned by its framers and the 67 per cent of Kenyans who voted for it.

Linda Katiba is therefore an effort to help citizens sift through the falsehoods being peddled by the proponents of BBI and make informed decisions.

The most powerful feature of the 2010 Constitution is that it places citizens (Wanjiku) at the centre of governance, providing them with the tools and power to demand participation, inclusion, accountability, and transparency in governance processes.

Where this is not complied with, the Constitution further provides interventions such as the courts and people power.

It is the reason why we must constantly remind ourselves that this constitution was negotiated by Kenyans over a two-decade period with the objective to transform Kenya by constitutionally overthrowing the old order that represented a parasitic model of government, where the political elite and top civil servants despite their earning hefty salaries, allowances and facilities (including multiple top of range motor vehicles) on the peoples sweat, continuously ignored and failed to prioritise the critical needs of the people.

At its core, the BBI initiative is about defending this untenable parasitic model and that is why it is being led and defended not only by a section of the political elite, but also top civil servants who by law are prohibited from participating in active politics.

This nostalgia for a powerful past is probably the reason why BBI is being forced down our throats through bribery, threats and all manner of intimidation.

It is a life and death matter for a sizeable number of the political elite to defend underserved and unearned privilege all at the expense of the underprivileged Kenyans, whose right of access to critical government services such as health, education, water and sanitation, right to housing and adequate food as guaranteed by Article 43 of the constitution has all but been ignored.

The right to and provision of these basic needs is among key reasons why protecting the tenets of the 2010 Constitution matters.

Aware that Kenyan holds devolution dear, the political elite is using the promises of more money to the counties, a whopping 35 per cent up from the current 15 per cent as the bait to lure citizens to support the BBI project.

This promise is coming from an administration that has for the last nine years been reluctant to disburse in a timely manner, the 15 per cent which is the minimum provided by the Constitution.

Given that the constitution does not set a ceiling for the maximum the National government may allocate to the counties, nothing stops the current administration and the BBI brothers, who jointly wield a majority in Parliament, from implementing the move in the coming June budget.

There cannot be a better way for the BBI brothers to demonstrate good faith than to allocate the 35 per cent in this last year of Uhuru’s presidency.

I suspect that this administration will not actualize this promise because they know it is mission impossible in the prevailing economic situation.

Our country is reeling under a debt burden that is almost at ten trillion, a debt that we are experiencing difficulties in serving, forcing the government to seek a six months moratorium from its creditors.

Much of our revenue is going towards debt leaving us with little or no money for development and recurrent expenditure including salaries.

This is the context in which the BBI proponents are saying to us that we should prioritize the expansion of parliament and the executive over our health needs, our livelihoods and our children’s education.

Even in the face of the Covid-19 pandemic the BBI project priorities political deal-making over the lives of Kenyans. The government is telling us that it will take Us up to three years for only thirty per cent of the population to access Covid-19 vaccines.

We are not helpless. We need to make our voices count.

We must rise up and tell the BBI brothers that our lives, our needs matter and must be prioritized over all else.

From where I stand the BBI project is a return to autocratic rule, to an imperial president who is not accountable to parliament.

It is a gateway to a bloated parliament and an expanded executive. It is a return to political intolerance spearheaded by the state.

We are back to labelling people with a divergent opinion as ‘enemies of the state’. Tear gassing of perceived opponents of BBI is now the preferred weapon of the state.

The political environment is toxic and does not favour rational discussion of the BBI project by citizens.

Additionally, the jubilee administration is divided down the middle, with divisions even in the presidency. It is time to tell the BBI brothers “prophet heal thyself”.

Let them heal the divisions within their ranks which are threatening to burn the country. Let the BBI project cease fomenting intolerance

The BBI project dubbed by its promoters as a people’s initiative has illegally spent and continue to spend the scarce tax payer’s money.

No disclosures are made on what has so far been spent and how much more is expected to be splashed in these times of scarcity and the looming food crisis.

MCA’s countrywide without any or adequate public participation has given a nod to the BBI project following car grants as quid pro quo.

The public has so far not been supplied with copies of the proposed constitutional amendments.

As citizens, we must not give up. It is time for Kenyans of goodwill to reclaim their voices individually and collectively and speak truth to power.

We must refuse to be intimidated or silenced, in the knowledge that the political elite and senior civil servants are less than four thousand while the Kenyan voters waiting to be informed/persuaded are over twenty million.

All we need is the courage of our conviction to galvanize the country through word of mouth to say no to enslavement through the BBI project.

Let us be reminded that the independence constitution was eroded bit by bit till it became unrecognizable thus necessitating a fresh start.

We should be wary of opening the door to similar cannibalization of our Constitution even before we have implemented it.

To President Uhuru, you have time to stop this. Do not let your legacy be the president who destroyed democratic gains. Live up to your oath of office to uphold and defend the constitution.

This is what is at the heart of the Linda Katiba resistance-defending the constitution.

It matters because it is easier to defend the democratic gains than loosing and attempting to reclaim them later with no guarantee that it will be possible.

A bird in hand is worth two in the bush. Let us all join hands to Linda Katiba.

Martha Karua is a former Minister of Justice and the Narc Kenya Party Leader.