Moving from commitment to action in gender equality

Gender equality is easily achieved in institutions when there is goodwill.

• The case of KenGen is a wake-up call to both public and private institutions on the need for goodwill and implementation framework for the available laws and policies on gender equality.

• Laws and policies without the goodwill to implement them are only as good as no laws at all. Let's move from commitment to action. 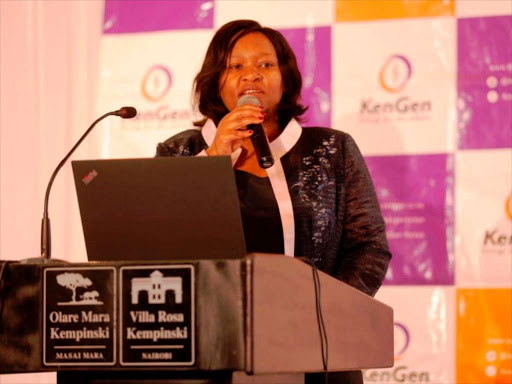 Kenya's 2010 Constitution is viewed as one of the most progressive laws the country has had.

The Constitution was a product of the fight for justice and equality.

Following its promulgation and coming into effect in 2010, one of the major debates witnessed in Kenya's political scenes has been the gender parity issue.

The constitution sought to enhance gender equality through the two-thirds gender rule in public institutions.

However, implementation of this law has been a major challenge.

Other than the constitution, there are many other laws and policies that seek to enhance gender equality like the National Policy on Gender and Development (2019).

While we have good and progressive laws that promote and protect women's involvement, our greatest undoing has been the lack of goodwill to implement the said laws, both in the public and the private sector.

The government in particular has given this matter its attention. Changes in the public sector are notable and laudable. But there is still room for more to be done.

Research has shown that gender equality is easily achieved both in public and private institutions when there is goodwill.

One such institution that has done a commendable job in this regard is the Kenya Energy Generation (KenGen) Company.

Other than just being an Energy Champion, KenGen under the leadership of the CEO and MD Rebecca Miano has been a champion of gender equality and safe spaces for women.

Most notable is KenGen's Pink Energy program, an initiative to mentor and empower young girls and women in the energy sector.

Rebecca Miano has opened up the energy sector for women.

Other than being the first woman to head the parastatal, Rebecca Miano also sits on the World Bank Group Gender Advisory Council on gender.

"The energy sector holds so much for women's empowerment as leaders, entrepreneurs, thinkers, workers and pillars of the society," she said in a past interview.

It is because of such that she earned a second term at the helm of the parastatal. She remains a trailblazer in leadership and management.

With data from the government and the National Council for Administration of Justice indicating an increase in sexual offences and domestic violence during the Covid-19 pandemic, KenGen enhanced its gender support policy.

This saw to it that perpetrators of GBV at work are punished.

The company also established an employee assistance programme to raise awareness on GBV and provide services like counselling to survivors.

The company has a better working environment for women including facilities like a fully and properly equipped mothers' room.

The case of KenGen is a wake-up call to both public and private institutions on the need for goodwill and implementation framework for the available laws and policies on gender equality.

In particular, I challenge the government to move from making verbal commitments to taking action and play a leading role in closing the gender gap and achieving the sustainable development goals (SDGs).

Laws and policies without the goodwill to implement them are only as good as no laws at all. Let's move from commitment to action.