• Finance came out as the major problem facing the Judiciary leading to a huge backlog of cases in the courts against CJ Maraga’s promise sometime last year.

• As much as the President encouraged institutions to work with the resources they have, more funds need to be allocated to the Judiciary. 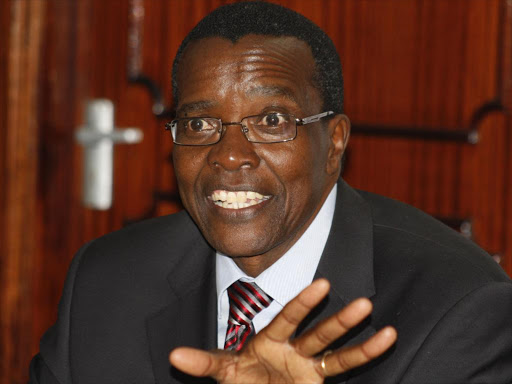 Revelations from the State of Judiciary and Administration of Justice in Kenya report released on January 23 brought to light critical issues in our Judiciary system that ought not to be taken lightly.

As an institution mandated by the Constitution to independently deliver justice, it ought to be taken better care of. The Judiciary is among the lead institutions in the fight against the cancer of corruption that Kenya is struggling to liberate itself from.

This comes in the wake of Transparency International’s ranking of Kenya 137/180 with a score of 28/100 in the 2019 Corruption Perception Index report. Chief Justice David Maraga revealed that last year, the Judiciary was hit by abrupt and unexplained budget cuts.

This, he explained brought some functions of the Judiciary to a halt. His efforts to reach the relevant officials over the issue were futile. Finance came out as the major problem facing the Judiciary leading to a huge backlog of cases in the courts against Maraga’s promise sometime last year. The report also indicated that the state was only funding 20 per cent of the Judiciary’s budget.

The World Bank-funded Judicial Performance Improvement Programme funded about 80 per cent of the Judiciary’s infrastructure projects. It is, therefore, in my opinion, absurd that the state cut down the Judiciary’s budget while it funds such a small percentage of it. Kenya stands to benefit significantly from a well-funded Judiciary system.

Such a system would be independent, as it should be infallible and incorruptible. Shortage of manpower was also cited as a problem, which undoubtedly circles back to lack of proper finance to facilitate hiring. We should not have high expectations of the Judiciary while underfunding it.

Post a comment
WATCH: The latest videos from the Star
by Brian Mutoro
Star Blogs
28 January 2020 - 00:00
Read The E-Paper