• After the last census results came out, there erupted hue and cry over the way certain communities' numbers surged. 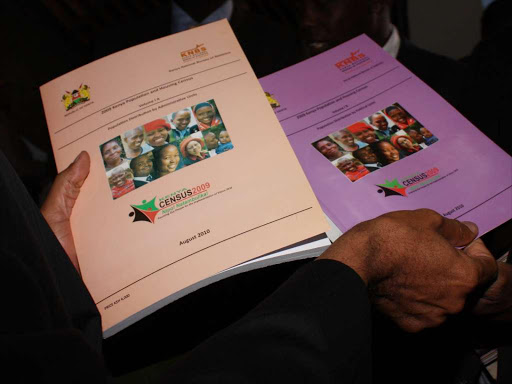 INTEGRITY IN EXERCISE: The 2009 census report that was launched at the KICC in Nairobi
Image: FILE

Beginning on the night of August 24, the country will be on the throw of a very important exercise.

Though the much-vaunted objective is for planning purposes whose main tendril is how resources; human, financial, physical and social services are distributed, the not much talked about political planning and realignments will be the hardest part to handle in case anything goes untoward. Even mere perception of the contrary will wreak havoc.

This is the first census since devolution took root in Kenya and the game of numbers has assumed a much higher prominence than earlier viewed. While the UN projects a higher number given an exponential growth prediction, the government has not had a foolproof record of births, deaths, immigration and emigration that at a click of the button can give a reliable and credible approximation of the Kenyan population.

This has given fodder to politicians and interest groups who are now on an overdrive to ‘manufacture’ non-existent figures. From boundary delimitation, devolved funding to the presidential election contest, major players are behaving as if their so-called fortes can miraculously turn baby boomers.

But therein lies the issue everybody is talking about in hushed tones but none is offering a genuine solution to. After the last census results came out, there erupted hue and cry over the surge certain communities’ numbers.

The figures led to suspension of their results. We have heard of areas where nursery schools lacked pupils, a sign of low birth rates. Yet politicians who have always used the higher population as political bets are on the prowl. Can we be assured of the integrity of the exercise this time around? We are not ready to deal with a bungled exercise.

Say census helps the government to establish the expected number of beneficiaries of its programmes.
Counties
2 years ago

Census results to be out in December—KNBS