State can regulate betting without shutting firms down

Gaming industry has contributed to the economy, shutting them down denies state revenue

• Move by state to shut betting firms down shows state's knee-jerk reactions rather than a bold approach that benefits the investor, the consumer and generates revenue.

• Betting giant SportPesa has sponsored many youths in football, something that would have stayed a dream due to lack of enough finance. 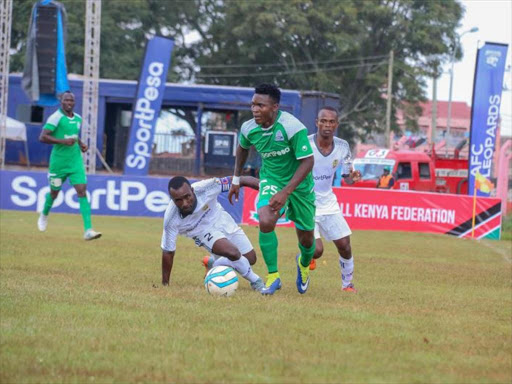 The tug of war pitting Interior CS Fred Matiang’i against a section of betting firms has once again exposed the government’s failure to initiate clear policies that regulate investment.

We are witnessing the continuation of knee-jerk reactions rather than a bold approach that benefits the investor, the consumer and generates revenue. While gambling has its far-reaching consequences, which the firms admit when they warn participators to ‘bet responsibly’, it is important for the government to look at the wider picture.

Gambling has played a role in the country’s economy. Young Kenyans are jobless due to lack of opportunities and the deep-seated inequalities; they bet to drown their sorrows, knowing they cannot just easily win jackpots or every bet they place. But it offers them hope for a better tomorrow.

The history of Kenyan sports, especially football, has been punctuated with mismanagement due to embezzlement of public funds. But Sportpesa, for instance, brought impetus to the sport. The betting giant has sponsored hundreds of youths. Previously, playing in the fancied English Premier League pitches and rubbing shoulders with football stars could only exist in a Kenyan footballer’s dream.

The gaming industry has its fair share of negativities, but proper regulation by the state would ensure we don’t lose our young generation to uncontrolled betting. Imposing taxes has worked in many countries as it reduces the gambling craze and at the same time keeps the gambling firms in the market.

But these taxes must be seen to be building roads, hospitals, schools and creating jobs, not the looting-spree currently witnessed in the country. Matiang’i should spare tax-compliant firms.

Regulate betting companies but don't close them down

Betting has existed since the dawn of human history, not likely to go away.
Opinion
3 years ago

Matiang'i criticized for crack down on betting

Seek answers on shutting of betting firms, say the action is a threat to the economy.
News
3 years ago
by Joab Apollo
Star Blogs
23 July 2019 - 05:00