In a presidential system the Legislature retains ultimate say in putting the budget together.

• His role is not to declare a budget, but to submit a request to the National Assembly containing his own estimates. 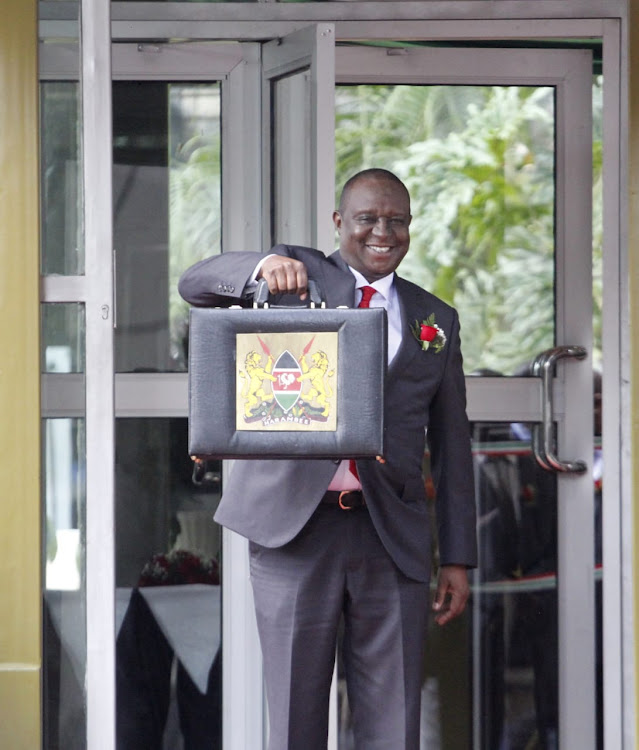 June 13 marked the ninth time a Finance Cabinet secretary delivered the budget speech before the National Assembly since we adopted the 2010 Constitution.

By now, it should have occurred to someone in government that there is something deeply anachronistic about this exercise. The new Constitution adopted a presidential system of government: It fully separated the Executive from the Legislature and transferred ultimate authority on the budget to the Legislature.

It boggles the mind why we still have a member of the Executive declaring the budget to Parliament in such a formalistic ceremony.

It makes sense to have a ministerial budget speech in a parliamentary system of government, where both the Executive and Legislature are constituted from one body and the Finance minister is, therefore, a government MP.

The Finance minister’s speech represents a budget that is virtually guaranteed to pass, since the government by definition enjoys a whipped majority in the House. Failure to pass a budget in the House is seen as a loss of confidence in the government and in many cases leads to the dissolution of Parliament and a fresh round of elections.

Contrast that with a presidential system, where the executive and legislative functions are vested in completely separate bodies, with the Legislature retaining ultimate say in putting the budget together.

The secretary no longer has a dominant role in determining what the budget will ultimately look like. His proposals are now just one cog in the wheel: the major budget event is now not the secretary’s proposals but the development and passage of a budget by the National Assembly.

The Executive usually proposes a budget to the Legislature, which normally will have already developed its own set of proposals. A process of negotiation and bargaining then follows, producing a compromise budget, which the Legislature passes. This is the format stipulated in Kenya’s new Constitution.

What sense does it make in such a system to have the Finance secretary declare a budget in a heavily ceremonial event and a tone of finality reminiscent of the parliamentary system? The role of the Finance secretary in a presidential system is not to declare a budget, but to submit a request to the National Assembly containing his own budget estimates to be considered against the estimates developed by the National Assembly.

The secretary no longer has a dominant role in determining what the budget will ultimately look like. His proposals are now just one cog in the wheel: the major budget event is now not the secretary’s proposals but the development and passage of a budget by the National Assembly.

Get rid of this budget speech: It is needlessly imposing and undermining the Legislature's constitutionally dominant role in driving the budget process, a key component of the means by which the Constitution maintains the separation of powers.

The National Assembly provides an important venue for citizen participation in the budget process, which the secretary's ceremonial dominance undermines. The secretary should no longer come to Parliament in such pomp and authority to read out what should essentially be one among other key inputs to the budget process.

He should instead forward his proposals with a procedural humility that underlines the primacy of the National Assembly in driving the budget process.

We abandoned the Westminster model of government. Let’s also abandon all Westminster procedures that undermine the system of checks and balances envisioned by the presidential system.

We expect much more than the lines that money will be spent on, but how it will be raised.
News
7 months ago