SELF EMPLOYMENT DEAD TOO

Others write essays for cheating students in the UK 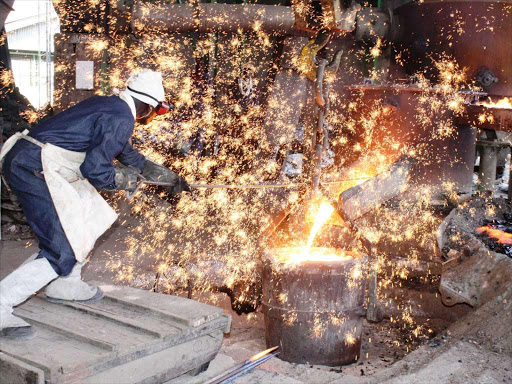 SELF EMPLOYMENT: A jua kali artisan at work
Image: FILE

A story appearing in one of the Kenyan dailies recently indicated that one in three Kenyan youths wants to go abroad to find a better job, escape poverty or pursue further education if given the chance.

This cannot be surprising and indeed, coincides with some research a team did recently on youths and opportunities for self-improvement in Kenya. This phenomenon is not only in Kenya but virtually in most of sub-Saharan Africa and in many third world countries. It is natural if opportunities for employment or self-advancement are limited, for human beings to try and find them elsewhere.

In the era of the internet, it becomes more enticing as plenty of information about other parts of the world is not only available online but also the passing it over to others is far much easier than before. At the touch of a screen or sitting in a cyber cafe, for instance, many can find what they are lacking and possibilities of finding channels to reach their goals in other lands. The chances of getting reasonable employment for most people in Kenya are increasingly becoming more difficult. Getting requisite jobs and or self-employment at reasonable levels in Kenya is also more difficult as the available opportunities are few.

The same phenomenon is replicated in all sub-Saharan African countries. Population growth has not been matched with the tapping of resources or the creation of economic opportunities. At any rate, corruption has been and is still the biggest hurdle to developing most of the third world countries that include Kenya.

Another recent story is that of jobless Kenyan graduates minting millions of shillings writing theses and term papers for students in the United Kingdom. According to the story in the British media, Kenya is the hotbed for writing and with the high levels of unemployment, working from home is coveted. With good English and low overheads, and as Dr Thomas Lancaster, a senior fellow at Imperial College of London was quoted by the British Press, “There are thousands of people in Kenya whose job is to write essays for a cheating student.”

This is an illustration of how far joblessness has pushed educated Kenyan youths. Our economy is not provident enough for the needs of our people. Entrepreneurship has been touted as an alternative route for employment but with the small economy we are, there is the limit to the number of how many of various micro, small and medium enterprises (MSMEs) that can survive.

The attrition rates of MSMEs within then first five years of existence in Kenya are quite high. This is one of the key indicators that our country’s economy is not robust enough. Even large businesses have closed shop or moved out of Kenya’s jurisdiction in the last couple of years. Our economy has so much to improve on if this country is to be decent enough in the coming years.

Academic writers at risk of losing their online jobs