• Vanguard Africa has not released details of the alleged rigging so it impossible to verify at this stage. 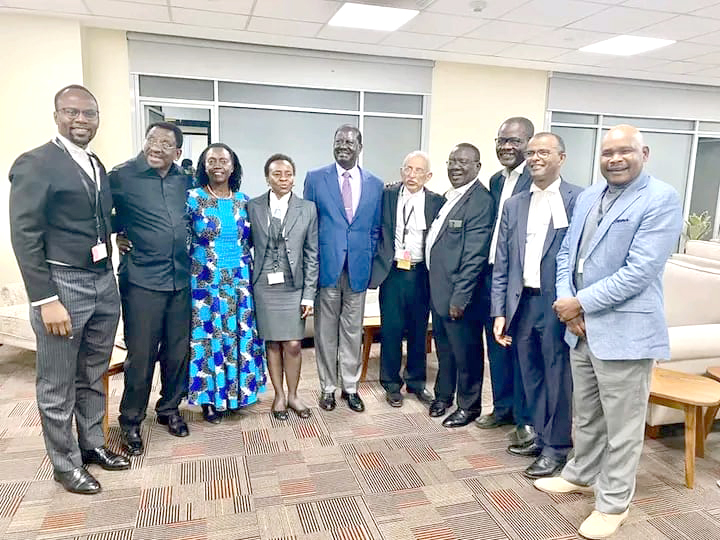 American think tank Vanguard Africa has insisted that new evidence from an IEBC whistleblower shows that election results were manipulated.

Confusingly Vanguard founding director Jeffrey Smith tweeted that the discrepancies were not 'material' ( would not have changed the result) but that perhaps there was no outright winner. Is he saying that possibly Ruto still won?

Last week Jubilee secretary general Jeremiah Kioni said that the Vanguard whistleblower showed that Raila got 58 percent of the vote and Ruto got 42 percent.

Civil society activist John Githongo also produced a whistleblower in August but he was discounted by the Supreme Court when it upheld the election result.

Githongo sits on the advisory board of Vanguard but insists that the think tank does not work for Azimio, as claimed by Ruto supporters.

There is only one way to resolve this confusion – Vanguard must release the information provided by the whistleblower.

Vanguard cannot expect Kenyans to believe whatever it says just because it is based in America. Vanguard should provide hard evidence of rigging. If it is genuine, then a political solution will need to be found. If it is fabricated, then it can be forgotten.

Quote of the day: "Anger and hate can make you brave, make you strong, but they also make you stupid.

Hadrian
The Roman emperor was born on January 24, AD 76

Revealed: What US think tank say of Ruto, Raila contest

He said the claims should've been presented to the Supreme Court when a petition was filed.
News
1 week ago
Post a comment
WATCH: The latest videos from the Star
by STAR EDITOR Editorial
Leader
23 January 2023 - 23:59
Read The E-Paper