In our own city and our national theatre, Micere had our honour and glory. 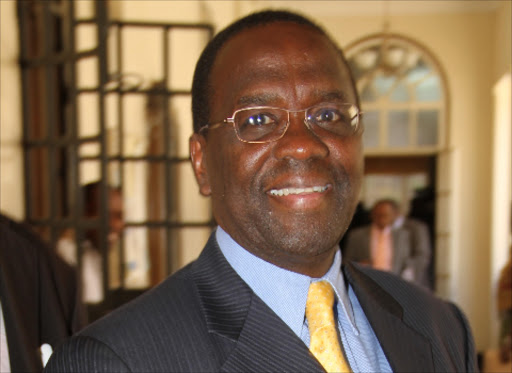 In Matthew 13:53-6 we read about Jesus preaching in his hometown synagogue.

People knew him, his parents and his siblings. His people were amazed, but they began questioning where Jesus got his wisdom and miraculous powers.

In verse 57 we read: “And they took offence at him. But Jesus said to them, “Only in his home town and in his own house is a prophet without honour.”

In an afternoon of radical and revolutionary music from the Field Marshal’s Band, we glorified and honoured our prophetess whose activism, radical writing, and socialist feminism are well known.

In our own city and our national theatre, Micere had our honour and glory.

In practice, we problematized and interrogated the words of Jesus by proving that we heeded his expectation that prophets and prophetesses should be honoured in their hometowns and houses.

The Human Rights Defenders Awards Judging Panel of four women and four men has since 2016 gone through the nominees and picked the Awards’ winners.

Funded by European Missions in Kenya in support of upholding, respecting, and protecting human rights and social justice, the partnership is also an example of global solidarity.

This initiative has been inspired by the immortal words of Desmond Tutu:

“It means a great deal to those who are oppressed to know that they are not alone. Never let anyone tell you that what you are doing is insignificant.”

A great panel of activists, former students and former colleagues of Micere at the University of Nairobi where she taught discussed her writing, politics, and her legacy in our struggles.

Moderated by Professor Kimani wa Njogu this panel glorified Micere and her works, particularly to young activists who read her works but could now internalize her works and politics after seeing her person.

There was a short session in which three members of the Human Rights Defenders Awards Judging Panel explained to the audience why they picked Micere for the Award.

Fundamentally, it was Micere’s consistent and continuous human rights activism; her socialist feminism; her patriotism; and her revolutionary vision for Kenya.

After the presentation of the Award Micere gave an unforgettable keynote speech. She briefly talked about her battle with cancer which has lasted 15 years.

She was in pain as she talked but she did not stop.

At the age of 80 years, she was delighted to see the patriotism and revolutionary energy that was expressed in various ways in the Theatre.

A highlight of the afternoon was a video of Micere talking about who she is, her ideology and politics, and her vision for Kenya.

We all related this message to why our struggles for a new Kenya must continue.

One of Micere’s mentees and former students, Dr Mshai Mwongola, had the last word when she took us through some of Micere’s great poems in her book, My Mother’s Poem and Other Songs.

I quote from the last poem Mshai read to us while we all participated in the refrain, “To be a Feminist is” which is also the title of the poem.

and the caging of women

to wipe the fuzziness

to uproot the weeds

Over a week after this celebration, we were shocked by the brutal murder of Edwin Chiloba, a queer in the LGBTIQ+ community in Kenya.

A national debate, mainly in social media has taken place. It continues.

Lawyers, political leaders, women and men of various Faiths, and many others have made their contributions known.

Indeed, the issue of gay rights has reached our courts and it is headed to the Supreme Court of Kenya.

I suspect the decision of the Supreme Court on the issue will be glorified and vilified in an equal measure.

Homophobia continues to be one of the foundational ingredients in our politics of division.

Our Constitution has a vision of building a democratic secular nation and society as a basis of our humanity. It is a vision whose struggle continues.

As the country peacefully, I hope, continues to debate this issue I hope we will also consider the words of our own great philosopher, theologian, and Reverend, the late Professor John Samuel Mbiti.

“Africans are notoriously religious, and each people has its own religious system with a set of beliefs and practices.”

I hope we will also consider the words of Pope Francis on this issue:

The words of the late Archbishop Desmond Tutu are also important to reflect on.

He tells us that we do not own God; God has no partners; God is the Creator of all human beings; we should not second guess God; and that the God he worshipped was not homophobic.

Let me add that It is the same God we worship who has handed down a great commandment, Thou shalt not kill.

Micere teaches us to necklace homophobia. Let us also think through her words in the ongoing debate.

Post a comment
WATCH: The latest videos from the Star
by WILLY MUTUNGA
Leader
12 January 2023 - 18:10
Read The E-Paper