• Raila Odinga is reluctant to  become the official Leader of the Opposition but Kalonzo Musyoka appears willing.

• In 2027, Raila will be 82 years old and may have difficulty defeating an incumbent President 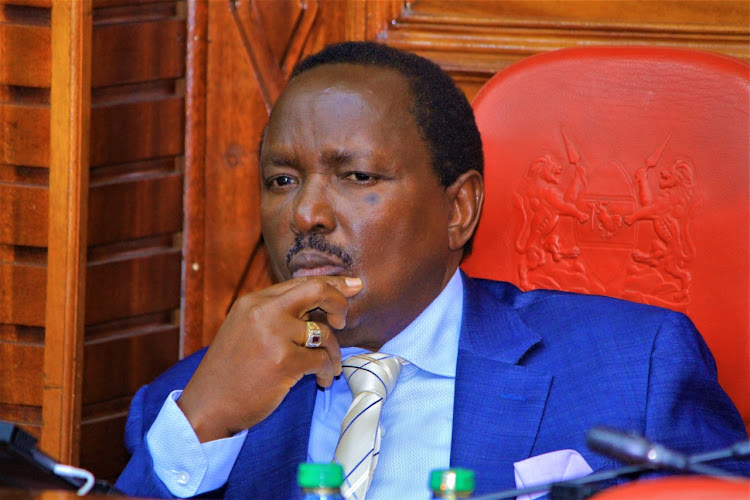 Wiper leader Kalonzo Musyoka follows proceedings during the hearing of the petition to remove four IEBC commissioners from office in Parliament on November 24, 2022.
Image: FILE

Wiper boss Kalonzo Musyoka is under pressure from his supporters to start campaigning for the presidency in 2027.

But he has no chance of playing a leadership role so long as ODM boss Raila Odinga remains the dominant figure in the opposition.

Raila almost certainly won the 2007 election but it was stolen from him. But he was not successful in 2013, 2017 or 2022. It is highly unlikely that he would win the 2027 election when he would be 82 years old and campaigning against an incumbent president who will be just 61 years old.

Raila also seems tired and short of ideas – it does not make sense to complain that Ruto is stopping subsidies to reduce the cost of living when we all know that subsidies don't work and are unaffordable.

It is time for Raila to move over and give Kalonzo a chance. He has a strong track record in politics, is younger at 69 years of age, and perhaps can deliver the credible vigorous opposition that Ruto says he wants.

If Raila does not want to take the job, let Kalonzo become the official Leader of the Opposition.

Quote of the day: "Let whatever is going to happen to me happen. I'm expecting the worst for myself and I'm resigned to it."

Alexander Dubček
He came to power in Czechoslovakia on January 5, 1968

Why Kalonzo troops want him to hit 2027 campaign trail

JAVAS BIGAMBO: Kalonzo must start investing in self, form movement

Who is Kalonzo in Azimio? Is a he the backbone of Azimio?
News
1 month ago

News
1 month ago
Post a comment
WATCH: The latest videos from the Star
by STAR EDITOR Editorial
Leader
04 January 2023 - 23:59
Read The E-Paper