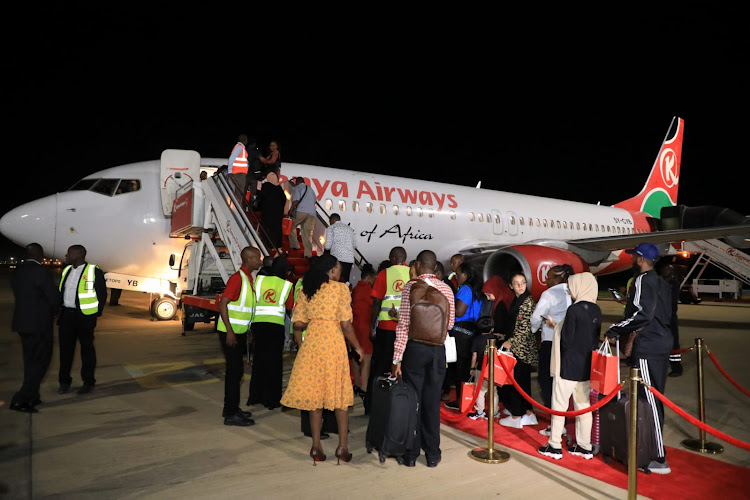 The Launch of Kenya-Dubai direct flights from Moi International Airport in Mombasa on December 15, 2022
Image: DPPS

In the 1990s, KLM went into partnership with KQ and turned the loss-making airline around. Unfortunately over-expansion with the purchase of Dreamliners and Covid took KQ back into loss-making territory.

But KQ still has great assets. It has a network that connects to the whole world. Nairobi is the transport hub for East Africa. It has a large captive market. It has landing slots all over the world.

Furthermore, the idea has been floated that Kenya Airways could take over the profitable JKIA. That would make it doubly attractive to an investor.

For national strategy, Nairobi should accept multiple competing airlines to provide maximum choice to local and international travellers. Delta would have to accept that KQ will have no monopoly.

Governments should not invest in businesses where it competes with the private sector. It should only own companies like KPC that are natural monopolies.

So if Delta wants to buy Kenya Airways, that would be great progress. Hopefully Delta could bring KQ back into profit and government would no longer have to carry the burden of managing and funding KQ.

Quote of the day: "Power does not corrupt. Fear corrupts... perhaps the fear of a loss of power."

President Ruto to jet back on Sunday after successful US tour

President Ruto's bag of goodies from US tour

Why Kenya Airways is code-named 'KQ' and not 'KA'

Kenya Airways was set up in 1977 from the remains of East African Airways.
News
2 months ago

He warned that the airline risks sinking deeper into losses if its affairs continue to be politicised.
News
2 months ago
Post a comment
WATCH: The latest videos from the Star
by STAR EDITOR Editorial
Leader
19 December 2022 - 23:59
Read The E-Paper