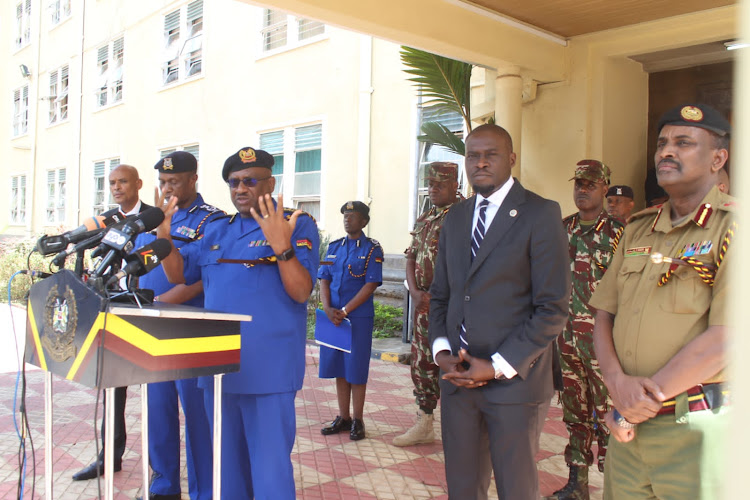 Nairobi has been in the news as a result of the upsurge of muggings, burglaries and robberies.

A thriving metropolis must as a matter of course have hundreds of thousands of jobless youth easily lured into crime with the deluded hope they can make money and earn a living.

It is also worthy of note that Governor Johnson Sakaja has seized the initiative to show that he is a law and order leader by holding a meeting with city security chiefs.

He has promised that, with the help and cooperation of the police, his administration will get on top of runaway crime and reassure Nairobians that their lives and property are safe day and night.

Security is a complex social challenge that requires the involvement of entire communities.

The very reason why Nyumba Kumi should be a key part of the war on crime.

Sakaja and the police must find ways of getting community policing to work for the security of all because every thug, every robber, every mugger starts his day in a community.

City police are only too aware that a knee-jerk reaction will not provide a long-term solution.

It is not a matter of being seen out in large numbers as a public relations exercise. It is making patrols work.

As it is, the city has hundreds of able-bodied police officers waking early to dash to key roads to collect bribes. They are so brazen. It is no longer a crime.

The police officers giving the police service a sullied reputation should be redeployed to catch criminals.

Quote of the Day: “Harsh laws are at times better than no laws at all.”

The future British prime minister was captured by the Boers in Natal while working as a war correspondent for The Morning Post on November 15, 1899

Failure to which operators will be arrested and their bikes impounded.
Counties
3 weeks ago

They were erected to prevent accidents involving pedestrians.
News
3 weeks ago

Leaders condemn rising cases of violent crimes across the country

Thugs in Nairobi have been reported to go to extreme ends of stabbing their victims and robbing them.
News
3 weeks ago

We are coming for you, Kindiki warns Nairobi gangs

The authority, Koome said, is anchored in law, including in the National Police Service Act.
News
3 weeks ago
Post a comment
WATCH: The latest videos from the Star
Leader
15 November 2022 - 04:00
Read The E-Paper