DEFENCE OF THE REALM 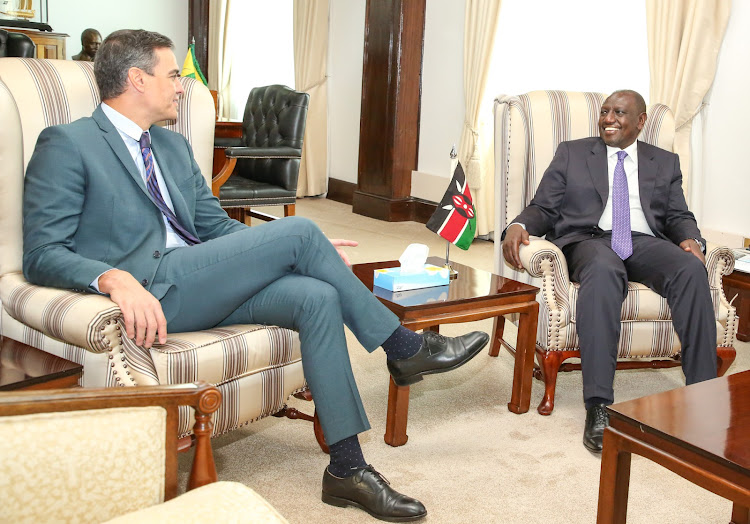 A  week ago President William Ruto said internationally recognised boundaries must be respected and that Kenya was behind Ukraine. He was holding bilateral talks with the Spanish Prime Minister Pedro Sanchez.

Kenya voted to condemn the invasion of Ukraine last March in the United Nations and as a member of the Security Council has been in the forefront of the condemnation of the invasion.

As an African nation, Kenya understands that borders sometimes seem artificial but still have to be respected.

Kenya is leading the battle to restore stability in eastern Congo where the M23 movement has been illegally expanding its territory. But the M23 is largely composed of Banyamulenge who speak Kinyarwanda. If Rwanda followed Putin's argument, it could just annex large swathes of eastern Congo.

Putin believes that because the eastern part of Ukraine is Russian-speaking, he is entitled to incorporate most of Ukraine into greater Russia. If this doctrine was adopted in Africa, or the rest of the world, it would cause chaos everywhere.

So President Ruto has done well to reiterate that land grabbing on the basis of language is not acceptable and that Kenya opposes Russia's illegal invasion of Ukraine.

Quote of the day: "He who hesitates is sometimes saved."

Kenya is behind Ukraine, says Ruto

A number of Russian missiles were shot down, Ukrainian officials said.
News
1 month ago

Moscow pulled out of the UN-brokered agreement on Saturday.
News
4 weeks ago

Countries in Africa and Asia might face the worst consequences of Russia decision to pull out of grain corridor.
Opinion
4 weeks ago
Post a comment
WATCH: The latest videos from the Star
by STAR EDITOR Editorial
Leader
01 November 2022 - 23:59
Read The E-Paper