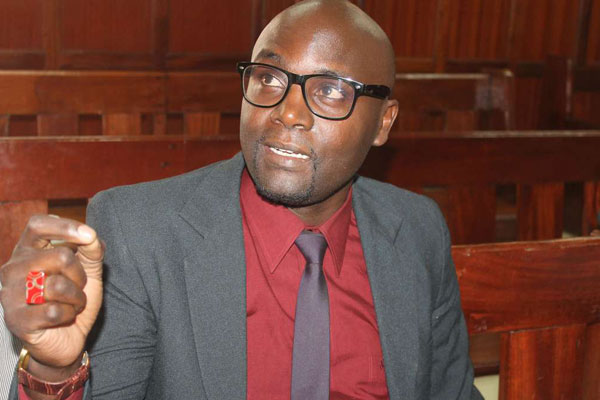 A case has been filed in  court seeking to make atheism illegal in Kenya. The court has been asked to declare as unconstitutional the Atheists in Kenya Society.

The argument for the ban is flimsy: the Preamble to the 2010 Constitution starts by acknowledging 'the supremacy of the Almighty God of all creation". Therefore atheists who deny God are denying the constitution.

The petition argues that this overrules the constitutional right to freedom of belief, conscience, religion and opinion.

Firstly, if God is all-powerful, surely he has permitted those atheists to exist. Would a court ban go against his will?

Secondly, religions like Buddhism and Taoism do not believe in a God. Would they be the next belief-systems to be banned as unconstitutional?

Thirdly, and perhaps most importantly, do these atheists do any harm to anyone? If they break the law and injure their neighbours, let them be punished. But if they live peaceably and are productive members of society, then leave them alone.

This court petition is the first step to bringing the thought police to Kenya to tell us what we are allowed to think. The petition should be thrown out.

Quote of the day: "Real knowledge is to know the extent of one's ignorance."

Confucius
The Chinese sage was born on September 27, 551 BC

Leakey was towering figure for religious scepticism - Atheists in Kenya

Mumia described him as an inspiration to atheist generations across the world.
News
10 months ago

He said Kenyans must start to be proud of their ethnic, indigenous Kenyan names.
News
1 year ago

More than half a million Kenyans don't believe in God - Census

Kenyans have 15 million Protestants while 9 million are Catholics.
News
2 years ago
Post a comment
WATCH: The latest videos from the Star
by STAR EDITOR Editorial
Leader
28 September 2022 - 05:00
Read The E-Paper