They should also not follow the guidance of the President. Speakers should remain independent

• In Kenya there is a separation of powers with checks and balances between the Legislature, Executive and Judiciary 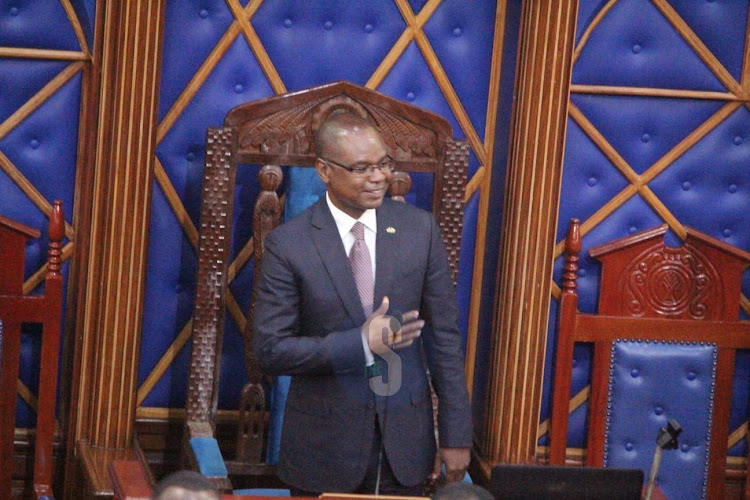 Parliament is getting new Speakers for the Senate and for the National Assembly.

Kenya Kwanza and Azimio both wanted their candidates to be Speaker but this is pointless as Speakers should be a-political. They should represent the interests of senators and members of the National Assembly and ensure that proper protocol is followed in passing legislation. Speakers should not promote the interests of any particular political party.

They should also not follow the guidance of the President. Speakers should remain independent.

This is implicitly recognised by the Speaker of the National Assembly being ranked third in the political hierarchy after the President and the Chief Justice. The Speaker represents the legislature not a party or politician.

This independence was perhaps best demonstrated by Kenneth Marende who was elected Speaker in January 2008. He was a member of ODM but led and represented all MPs equally. He was never accused of favouring one side over another in Parliament.

So let the new Speakers of the Senate and National Assembly follow that illustrious example. Let them not descend into party politics. Let them simply lead the Legislature in its separation of powers with the Executive and Judiciary.

Quote of the day: "Politics is war without bloodshed while war is politics with bloodshed."

He was among 15 individuals who had so far picked nomination papers for the post of Senate speaker.
News
3 weeks ago

"I did resign a day after the gazettement of my election," he said.
News
3 weeks ago
Post a comment
WATCH: The latest videos from the Star
by STAR EDITOR Editorial
Leader
09 September 2022 - 05:00
Read The E-Paper