Kenya is bigger than politicians 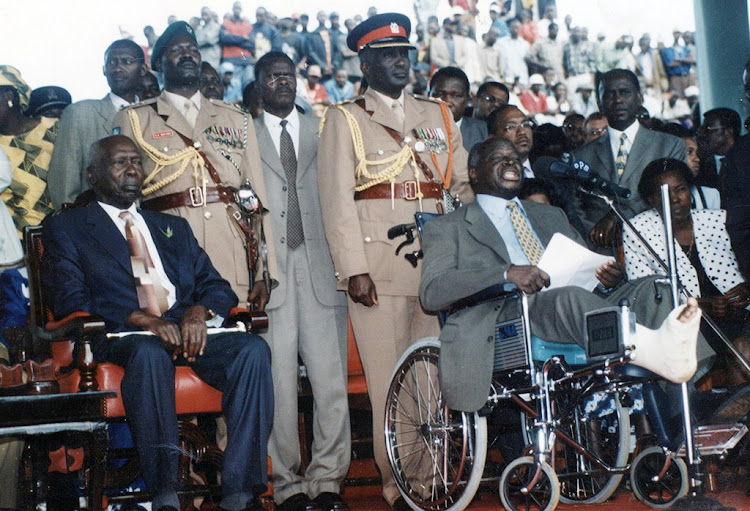 TRANSITION: President Kibaki addresses a crowd in Uhuru Park, Nairobi, during his inauguration on December 30, 2002. To the left is outgoing President Moi.
Image: FILE

There is a rumour, possibly spread by UDA, that President Uhuru Kenyatta will not attend the swearing-in of his successor William Ruto.

Rumour or not, that would be a very bad idea. President Kenyatta needs to demonstrate by his presence at Kasarani on Tuesday that institutions in Kenya are stronger than individuals. This is something to be proud of, something to be celebrated.

It is no secret that Uhuru and his government did not want Ruto to be elected president and actively worked against him. During the campaigns, Uhuru openly criticised Ruto and said he would not hand over power to him.

But Ruto still won the election with just over 50 percent of the vote and the Supreme Court confirmed his victory.

Legally, the swearing-in can proceed without the presence of President Kenyatta but it is still highly desirable that he should attend.

Kenya is a divided country – its voters split 50-49 – and Uhuru can calm the nation with a reconciliatory speech.

And Uhuru's presence will follow the gracious precedent set by President Moi in 2002 at President Kibaki's swearing-in. His presence will remind all Kenyans that the country is bigger than any politician.

Quote of the day: "For many, the American dream has become a nightmare."

Bernie Sanders
The American politician was born on September 8, 1941

And this country abides by the laws headed by the constitution.
News
2 weeks ago

It's full military honours, pomp and colour for Ruto at Kasarani

His new Presidential Standard will be hoisted immediately after he is sworn in as Uhuru's is lowered.
News
2 weeks ago

He said the swearing - in ceremony will be held at Moi International Sports Centre, Kasarani.
News
2 weeks ago

He said they discussed the transition of power and the August 9 elections.
News
2 weeks ago