Strong opposition is best of both worlds 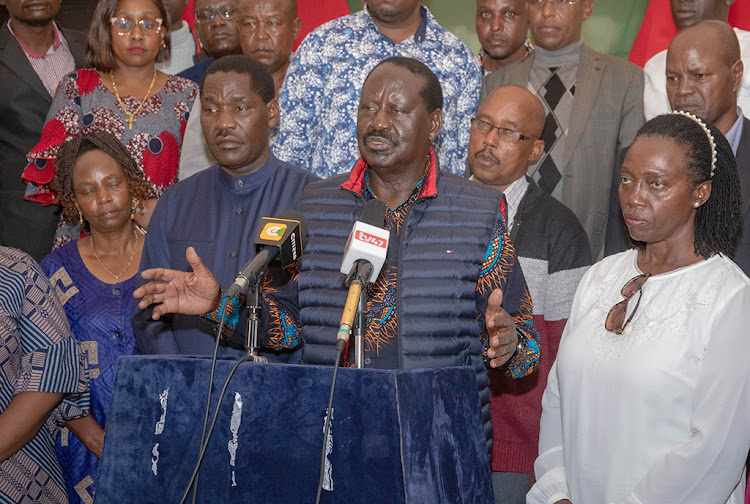 On Monday President-elect William Ruto ruled out the possibility of a 'handshake' with his Azimio rival Raila Odinga.

Ruto said he believed that a dynamic and vigorous opposition was the best way to hold any government accountable and that Raila should take up that leadership role.

The 2017 handshake between Raila and President Uhuru Kenyatta reduced the political temperature but did not lead to a more dynamic or developmental government. Arguably, it actually led to a slowdown in government as it led to infighting designed to block Ruto from becoming President.

And the opposition was conspicuous by its absence over the last five years, even as a lot of dodgy deals were concluded. The handshake cost Kenya.

So, Ruto is making the right noises when he says he wants a strong opposition to hold his government accountable. Raila is now promising to work with his Azimio members to create a strong opposition in Parliament and to continue the fight for democracy.

Kenya can have the best of both worlds if Ruto inaugurates a practical dynamic government while Raila invigorates the opposition to expose the policy failures and wrongdoing which inevitably occur in any government.

Quote of the day: "Politicians are the same all over. They promise to build bridges even when there are no rivers."

Nikita Khrushchev
He was elected leader of the Soviet Communist Party on September 7, 1953

Ruto to Raila: Expect no handshake

He said he does not believe in a Handshake that will cripple the opposition.
News
1 month ago