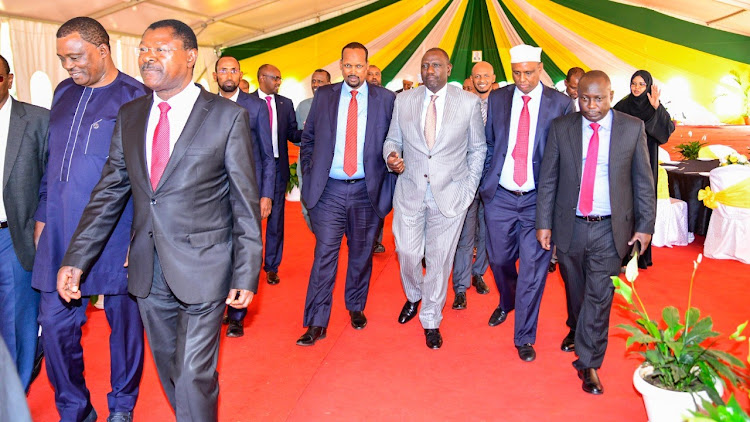 President-elect William Ruto with UDM leaders at his Karen residence when they joined the Kenya Kwanza coalition.
Image: William Ruto[Twitter]

These politicians have seen the writing on the wall. They saw the victory of William Ruto as President-elect on August 9 and they have not seen hard facts to convince them Ruto's election might be overturned by the Supreme Court.

It is not just politicians. Top civil servants are also privately contacting the UDA and Ruto team to pledge their allegiance.

With these defections, Ruto now controls the executive and the legislature where he has a slim majority in the Senate and now a majority in the National Assembly. He will soon be all-powerful.

But is this a good thing? On the day the IEBC confirmed him, Ruto himself said he believed in a strong opposition that could hold government accountable. Now it looks like the opposition will be toothless since it will be a minority in both houses.

Raila and Azimio now need to focus on ensuring that there will be a unified strong and critical voice in Parliament that can effectively call out government when it is going astray.

Quote of the day: “The world is indeed comic, but the joke is on mankind.”

Azimio has more MPs than Kwanza, they'll battle for 12 independents to vote for speakers.
News
1 month ago

The move by MPs will help the coalition get more numbers in the National Assembly.
News
1 month ago

I will work with all elected leaders, Ruto assures Kenyans

"I want to promise all the people of Kenya that this will be their government."
News
1 month ago