No Kenyan should lose their life, suffer any injury or lose property because of an election. 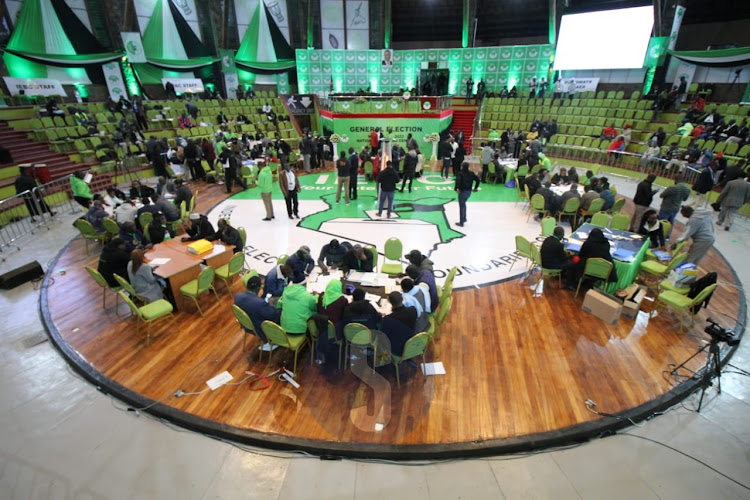 Tallying of constituency votes at Bomas of Kenya on August 11
Image: ENOS TECHE

Public anxiety is at breaking point as the country awaits the announcement of the winner of the presidential election.

IEBC chairman Wafula Chebukati has until Tuesday to declare the president-elect.

Kenyans conducted themselves peacefully and with decorum during polling day on August 9 and after. Despite the usual fears of election-related violence, no significant incidents have been reported.

That is a powerful sign that Kenya is maturing as a democracy. No Kenyan should lose their life, suffer any injury or lose property because of an election.

It is gratifying that, as the tallying of results concludes, a growing number of candidates who lost have conceded and congratulated the winners. Others not satisfied with the outcome have vowed to go to court.

This is the true spirit of democracy. There are no enemies in an election, but opponents in a contest for power.

The pain of election loss is real. Politicians and their supporters invest colossal sums of money, time and emotions to win. It is understandable that losers suffer deep disappointment.

But it's the voters who decide an election. The will of the people is supreme. We all must accept and respect that decision, despite the pain of loss.

We, therefore, urge all Kenyans to remain peaceful as the country waits for Chebukati to announce the president-elect.

He said Kenyans have tried to exercise their civic responsibility in a peaceful fashion.
News
1 month ago

The observers said the electoral process has been relatively transparent.
News
1 month ago
Post a comment
WATCH: The latest videos from the Star
Leader
15 August 2022 - 05:00
Read The E-Paper