• Agriculture CS Peter Munya has just cancelled a proposed tax that government wanted to impose on the export of miraa. 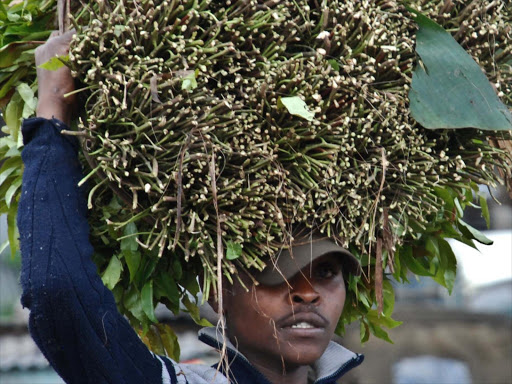 Agriculture CS Peter Munya announced in Meru on Wednesday that government was scrapping its proposed export tax on miraa.

Exports of miraa or qat are due to resume on July 5 after Somalia lifted its two-year-old ban on its import from Kenya. But Central Kenya farmers were furious that government had imposed an export tax as well as licence requirements to regulate the growing of miraa.

Miraa or qat is an addictive psychoactive drug banned in Europe although it is still in high demand in Somalia.

If it is a banned substance in many countries, is the Kenya Bureau of Standards in a position to regulate the production of miraa? We should just leave farmers free to supply miraa to Somalia who can decide themselves if it is the right quality.

Moreover, in principle, there should be no tax on the export of any crop as it undermines the international competitiveness of Kenyan farmers. It is fine to tax imports as that protects Kenyan farmers.

So Munya has made the right decision to scrap the miraa export tax but he should also scrap the Kebs regulation of miraa as well.

Quote of the day: “The Army is the Indian's best friend.”

Lt-Col George Custer
The US cavalry officer was killed at the Battle of Little Bighorn on June 25, 1876

Says waiving taxes will aid the recovery from effects of Covid-19 and market closure.
Counties
1 month ago

Somalia suspended miraa imports from Kenya on March 19, 2020 over a diplomatic row.
News
1 month ago

Seen as speed freaks and road bullies, time is money for them
Sasa
3 months ago
“WATCH: The latest videos from the Star”
by STAR EDITOR Editorial
Leader
25 June 2022 - 04:00