IEBC must deliver for peace and unity 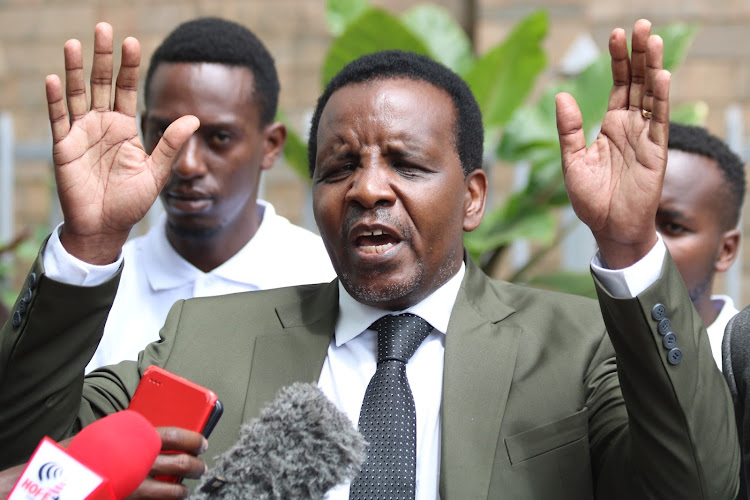 Presidential aspirant Reuben Kigame addresses the media outside Anniversary Tower, Nairobi, after a failed attempt to meet IEBC chairman Wafula Chebukati regarding the barring of his candidature.
Image: FILE

The IEBC carries the hopes and expectations of millions looking forward to a peaceful August.

Many are verifying their papers so they are not turned away on polling day on account of a registration hitch.

The great sense of hope means the IEBC must recognise the gravity of the duty it has been bestowed and arrange a smooth, transparent and verifiable process.

Some of the more strident and cynical candidates in the race for president have proclaimed, without proof, that there is a sinister plot to rig the polls.

It is not lost on Kenyans that the public perception of the electoral body is always the subject of much negative debate.

Millions hope the big chiefs at IEBC will do everything in their power to run a show in which every candidate will feel that the race was fair and so should their supporters.

The team of chairman Wafula Chebukati must use every opportunity to communicate clearly to all in order to snuff out the rumours and half-truths bandied around by reckless populists keen to blame the IEBC rather than themselves.

Anything short of that basic expectation will be a huge letdown considering the IEBC has had five years to get it right.

Quote of the Day: “The most pathetic person in the world is some one who has sight but no vision.”

He says if a person is dissatisfied with the process they are free to lodge a complaint with the dispute resolution committee.
News- Page 2
4 weeks ago

IEBC confesses that at least 1,100 polling centres are yet to be connected to 3G network.
News
1 month ago

Wa Iria was accompanied by his supporters in a relentless search for IEBC Chairman.
News
3 weeks ago
“WATCH: The latest videos from the Star”
by STAR EDITOR Editorial
Leader
01 June 2022 - 04:00