• Over 3,000 trees were lost during construction but the Chinese contractor pledged to replant them 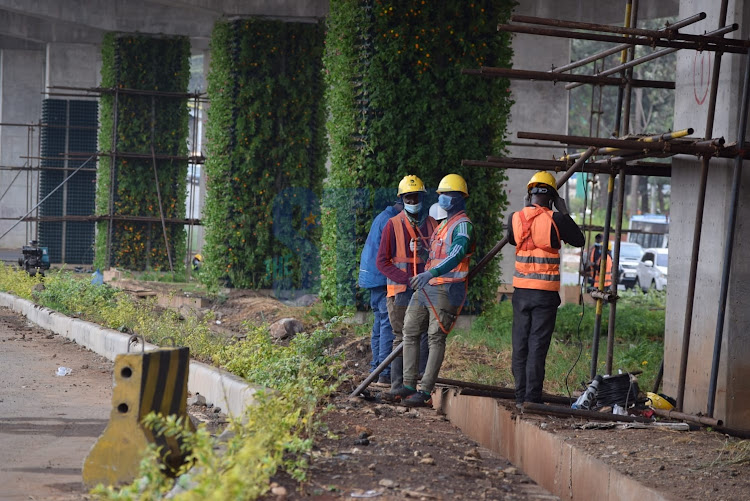 NAIROBI EXPRESSWAY: Beautified Nairobi Expressway pillars at Bellevue on February 3, 2022. The flowers, plants and grass are planted on pipe cubes which are then fitted on the pillars .
Image: CHARLENE MALWA

The Nairobi Expressway opens this weekend. The Kenya National Highways Authority has told MPs that the contractor China Road and Bridge Corporation has committed to restoring the original dual carriageway road free of charge (see P10).

The Expressway cost around Sh88 billion and will be operated as a Private Public Partnership where the contractor collects road tolls to repay the cost of investment.

It looks fine but unfortunately the side roads are still in a very poor state. The road surface is uneven in many places, slip roads have been lost, and pedestrian pavements removed. The contractor has pledged to fix all these problems free of charge.

Kenha also needs to construct more pedestrian bridges as the Expressway cuts through the heart of the city and cannot easily be crossed.

But the contractor also pledged to replace 3,000 trees destroyed during construction of the Expressway. So far, all we have seen is a few exotic flowers on the Expressway columns which quickly withered.

CRBC should now urgently start replanting these 3,000 trees and ensure that they are all indigenous Kenyan trees that can enhance biodiversity and beautify the landscape.

Quote of the day: "I no have education. I have inspiration. If I was educated, I would be a damn fool."

Uhuru said the expressway will be open for trial.
News
2 weeks ago

Graffiti and posters have also been banned on the Expressway and classified as vandalism.
News
2 weeks ago

Expressway users will pay up to 16% more than the initially set amount.
News
4 weeks ago

How to start using the Nairobi Expressway

The expressway is expected to be opened soon for public use.
News
1 month ago
“WATCH: The latest videos from the Star”
by STAR EDITOR Editorial
Leader
11 May 2022 - 04:00