You win some, you lose some in EAC

• Kenyan farmers want to block imports of Ugandan poultry and eggs which are undercutting them on price. 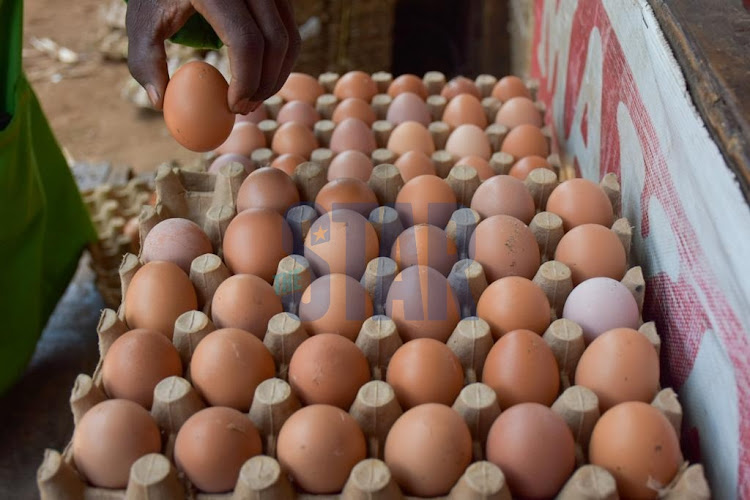 An egg vendor arranges his eggs at Muthurwa market on April 7, 2022. The price of eggs has gone up by almost Sh13. Before a tray would cost around Sh280, currently a tray trades for not less than Sh350.
Image: MERCY MUMO

Kenya has been part of the East African Common Market since 2010.

In a single market, countries win some and lose some. Kenyan workers are employed in all East African member states because they get automatic work permits and are hard-working and well-qualified. That is a benefit.

However the import of cheap maize, eggs and poultry from Uganda and Tanzania is a cost. Their farmers can produce at a lower price than Kenya because land and labour are cheaper.

But it is not a cost to all Kenyans because the import of cheaper food from neighbouring states brings down the cost of living for the wananchi.

This is how a single market works. Over time, capital and labour are invested where they make the best return. That's why farmers in Trans Nzoia are giving up growing maize in favour of raising chicken. That's why the cost of eggs went up last year when Kenya temporarily blocked the import of Ugandan eggs.

But, over time, everyone should be a winner in a single market. Each national economy will grow larger as it exports more and imports what is cheaper.

Quote of the day: "But which is the stone that supports the bridge?"

Kublai Khan
The warlord became ruler of the Mongol Empire on May 5, 1260

Kenyan farmers call for a total ban on imports.
Business
1 week ago

Consumers are feeling the rising cost of eggs, tomatoes, cooking oil, onions, vegetables and other food items.
Business
1 month ago
“WATCH: The latest videos from the Star”
by STAR EDITOR Editorial
Leader
05 May 2022 - 04:00