Leaders must leave countries better than they found it 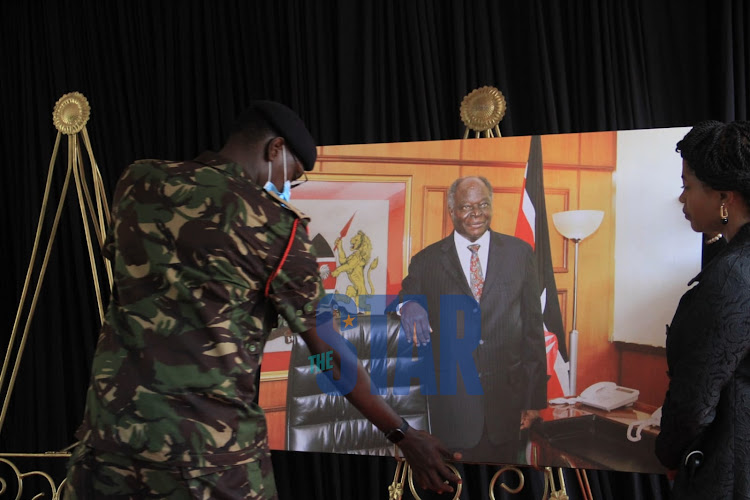 An officer hanging a portrait of the third Commander-in-Chief Mwai Kibaki on April 25, 2022.
Image: EZEKIEL AMING'A

Kenya's third President Mwai Kibaki is being buried this Saturday at his Othaya home.

Leadership determines a country's trajectory and Kibaki's presidency, though not devoid of some blemishes, generally propelled Kenya along the right path.

He believed in delegated but accountable leadership, which gave his Cabinet a free hand to make decisions but equally ensure the back stopped with them.

His pet project, the free primary education, saw nearly 1.7 million more pupils enrol in school by the end of 2004.

He killed the culture of handouts, which had taken root in the previous regime and encouraged Kenyans to work.

Overall, Kibaki meant well for Kenya, but unfortunately the capture by some selfish individuals put some blemishes in his regime.

Mugo said Kibaki always put Kenya first and that is why he agreed to share power after disputed 2007 polls.
News
2 weeks ago