Poor have right to private education

• A Bridge International school in Mukuru, Nairobi had a mean KCPE score of 345 which is far better than most private schools

• That Bridge school charges Sh4,000 per term which is a fraction of what most privcate schools charge 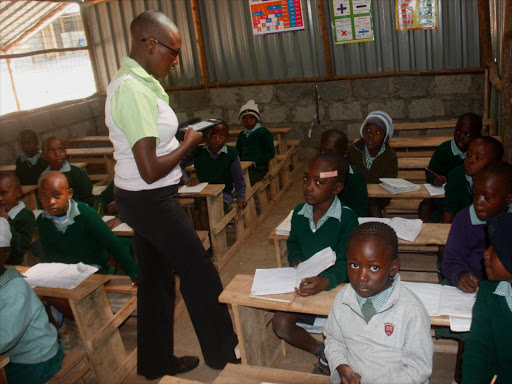 The proof of the pudding is in the eating, as the English say. In Mukuru settlement in Nairobi, a Bridge school has just delivered sterling results in the latest KCPE exam.

The top pupil got 401 marks and the mean score was 345. That's better than most private and public schools in Kenya. And the fees are just Sh4,000 per term yet other private schools are 10 or 20 times as expensive (while public schools collect unofficial charges).

Why then the hostility? Teachers' unions allegedly don't like the accountability of tablets in Bridge schools which record when and where teachers are using them.

And others, including Kenya MPs, argue that it is immoral to charge poor people for education. But why shouldn't poor people have access to private education? If Mukuru parents want to pay Sh4,000 fees per term, isn't that their right?

Access to better education through private schools should not remain a preserve of the middle class. That would be discriminatory and reactionary.

Quote of the day: "Computers themselves, and software yet to be developed, will revolutionise the way we learn."

Steve Jobs
He founded Apple with Steve Wozniak on April 1, 1977

Slum school pushes learners to fly with the best

Magata Bruce Mackenzie emerged the top student in the country with 428 Marks.
InPictures
1 month ago

Says the shortage has been occasioned by underfunding from the government.
News
2 months ago
“WATCH: The latest videos from the Star”
Leader
01 April 2022 - 04:00