Heighten state of alert in Kenya 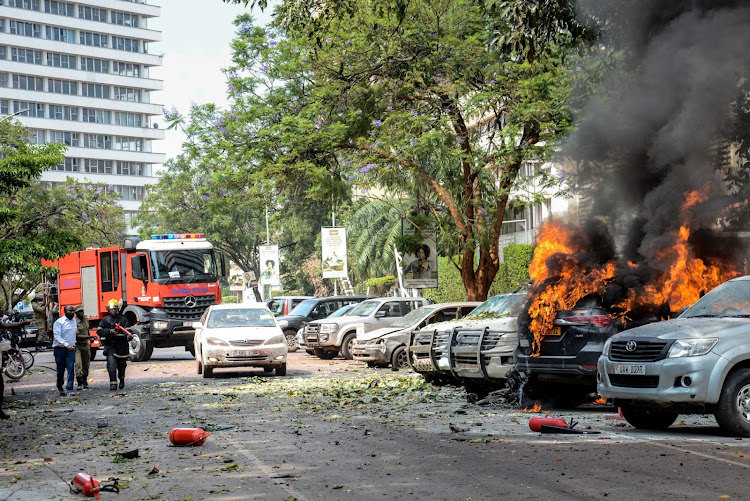 The three suicide bombers were most likely Ugandans who had joined the ADF rebel group in eastern Congo which has increasingly strong links to Islamic State.

Last month, IS claimed responsibility for bombs that went off on a bus and a bar in Kampala.

IS or Isis are making a big push to control an arc of territory through west Africa, the Maghreb, Congo, and eastern Africa down to Mozambique. Isis is trying to dislodge al Shabaab in Somalia.

So eastern Africa is facing enhanced security risks, partly because of the progress of Isis.

Yet at the same time, three terrorists have just escaped from Kamiti maximum security prison. That laxity puts Kenyans at risk. They have probably fled to Somalia where they will be plotting further attacks.

The security services have done very well preventing terror attacks since the Dusit attack in January 2019. But we must not lapse into complacency. Kenya needs to step up security at its borders, enhance cooperation with international security agencies, and heighten our state of alert.

Cyril Ramaphosa
The South African president was born on November 17, 1952

President Kenyatta was expected in Kampala to discuss the ongoing conflict in Ethiopia.
News
2 months ago

In an internal memo, clerk Adolf Kasaija said members should avoid the area.
News
2 months ago

Museveni said he had been briefed that three people left a plastic shopping bag at the scene that later exploded.
News
2 months ago

IS claims responsibility for bomb attack in Uganda

The explosion killed a 20-year-old waitress and injured three people.
News
2 months ago

The state has put a Sh60 million bounty on the three terrorists.
News
2 months ago
by STAR EDITOR Editorial
Leader
17 November 2021 - 04:00