• International precedent dictates that maritime borders should run perpendicular to the coastline. 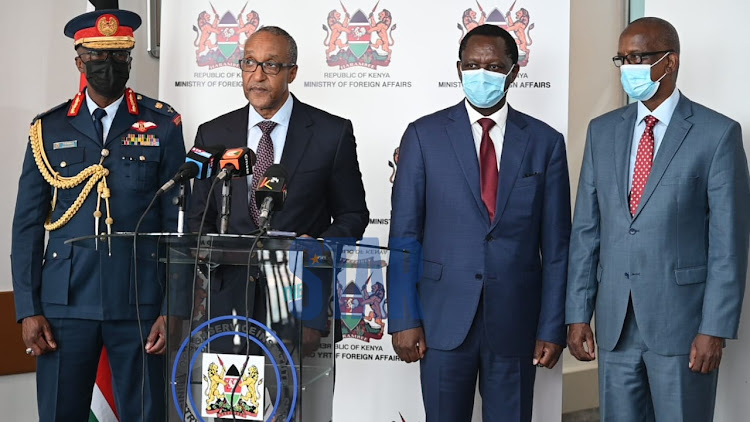 Kenya on Friday declared it will not recognise the verdict of the International Court of Justice over the maritime boundary between Kenya and Somalia.

The ICJ is due to deliver its verdict on October 12 and almost certainly it will rule that the boundary should be perpendicular to the coastline, which is the standard maritime convention.

Kenya seemingly realises that it will lose the case and so has made a pre-emptive strike by withdrawing. But was that the best way forward?

Kenya has indeed made substantial diplomatic efforts to resolve the impasse but without success.

Yet there remains a simple solution. Although the disputed triangle technically belongs to Somalia, it cannot physically exploited without the cooperation of Kenya.

Furthermore, Kenya is the financial and economic hub of East Africa. Unless Kenya cooperates, no international company will be willing to develop whatever oil and gas resources lie in the disputed triangle.

Starting next week, Kenya and Somalia should make renewed diplomatic efforts to resolve the dispute. The best way forward would be for Kenya to acknowledge Somalia's sovereignty but to sign a treaty sharing 50-50 the oil, fish and other resources from the disputed triangle in perpetuity.

Quote of the day: “If you tremble with indignation at every injustice then you are a comrade of mine.”

Ernesto 'Che' Guevara
The revolutionary was executed in Bolivia on October 9, 1967

Kenya to withdraw its participation in Maritime case and won't abide by its findings.
News
2 weeks ago

Somalia maintains maritime row will be decided by ICJ