Even World Athletics, in a press release, termed it ‘highly successful’.

• Kenya, according to Athletics Kenya president Jackson Tuwei, is seeking to ride on this euphoria in bidding for the rights to host the World Athletics Championships, in 2025 or 2027. 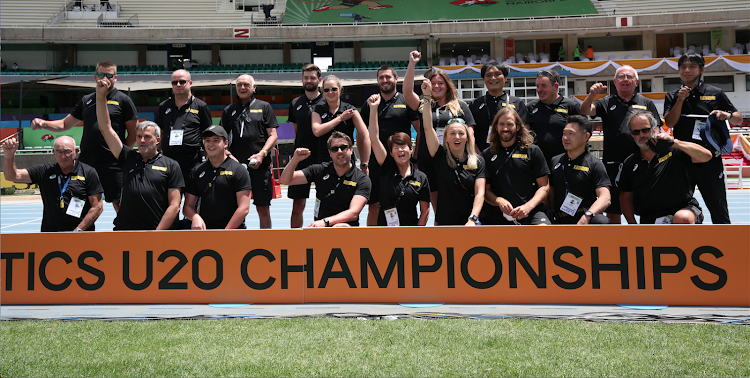 Seiko engineers during the World Under 20 Championships at the Moi Stadium, Kasarani
Image: ERICK BARASA

When the World Athletics Under 20 Championships begun at the Moi International Stadium, Kasarani, last week, questions lingered on how the country would pull through a major event in the middle of a pandemic.

But when the curtains fell on Sunday, the verdict was unanimous: Kenya had staged what the World Athletics termed a ‘highly successful’ championship.

The success was a culmination of a project started two years ago through a partnership between Athletics Kenya and the government.

When Kenya won the bid during a World Athletics Council meeting in Buenos Aires, Argentina, on July 26, 2018, the country was smarting from a successful 2017 World Under 18 Championships.

AK hit the ground running, establishing 14 junior camps. But as fate would have it, Covid-19 struck. The number of camps rose to 22.

From these camps, Team Kenya was selected through county, regional and national trials.

At Kasarani, a lot happened behind the scenes. Key among them were Covid-19 containment measures where over 5,000 lamp, 4,000 PCR and 10,000 antigen tests were conducted.

Even though the event was held behind closed doors, the athletes, from more than 100 countries, officials, engineers, broadcasters, press as well as medical, accommodation, transport and security service providers deserve a pat on the back for a job well done.

Kenya, according to AK president Jackson Tuwei, is seeking to ride on this euphoria in bidding for the rights to host the World Athletics Championships in 2025 or 2027.