Registrar must crack down on briefcase parties

Elections used as a perfect money-making opportunity by racketeers.

• The ORPP must exhaustively vet politicians seeking registration and delist parties in breach of the law.

• Only by doing all in its powers can it contribute to making Kenya a better democracy. 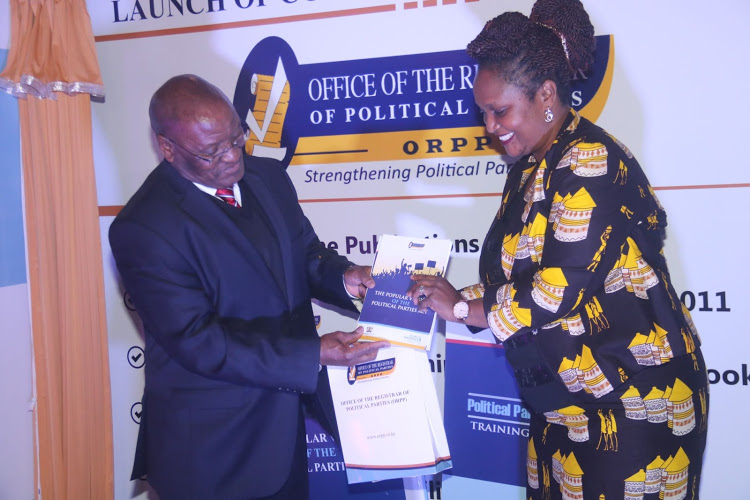 Chairperson of the Judiciary Committee on Election Justice Mbogholi Msagha and acting Registrar of Political Parties Anne Nderitu during the launch of corporate republications at the Sarova Stanley.
Image: WILFRED NYANGARESI

As the next general election draws closer, more political parties will be formed and those that have been dormant will increasingly seek visibility and revival.

While elections are critical decision points in the life of a democracy, they are also a perfect money-making opportunity for racketeers.

Such corrupt elites will not hesitate to register 'briefcase’ outfits for the sole purpose of making a killing during party primaries.

It is, however, well known that the growth of a country’s democracy heavily depends on the strength of its institutions. Parties are no exception.

As such, political wheeler-dealers must be thwarted if democracy has to bloom. Given the sad state of affairs, as was shamefully obvious in the previous general elections, the Office of the Registrar of Political Parties has its work cut out. It must clean up the political field in accordance with its role.

The ORPP must exhaustively vet politicians seeking registration and delist parties in breach of the law. Only by doing all in its powers can it contribute to making Kenya a better democracy.

The office, for instance, has said eight parties have failed to meet requirements and given them 90 days to comply. Kenyans should see action immediately after the time elapses.

Parties should not be personal property that forms part of a politician's private estate to be shared by his descendants when he dies.

Their operations should be transparent and their office locations well known. Doing so heralds good governance.

That's the only way to win over a skeptical, long-suffering public.