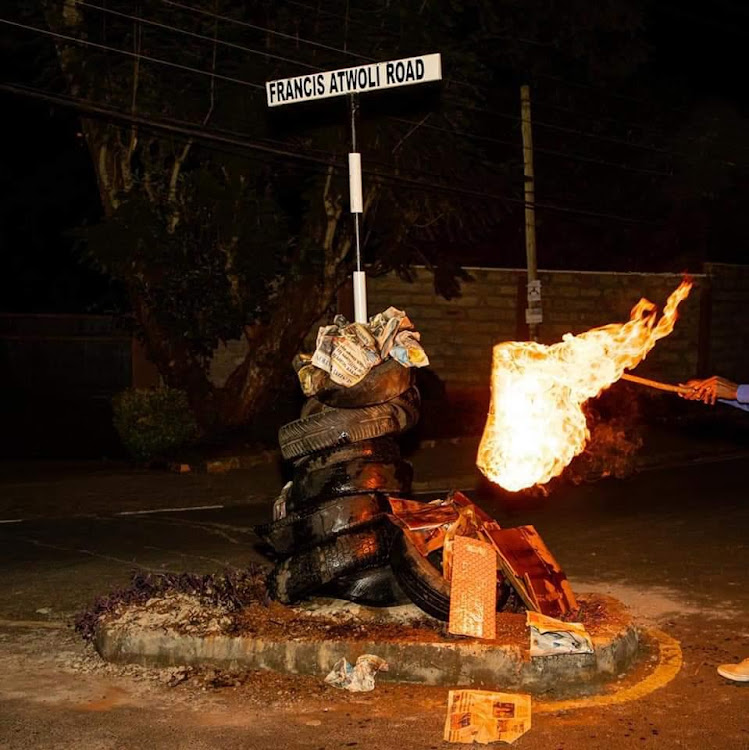 At the end of May, Nairobi County renamed Dik Dik Road in Kileleshwa as Francis Atwoli Road. The Cotu secretary general said he was honoured for his selfless contribution to the cause of Kenyan workers.

Unfortunately not everyone agrees and the signpost has twice been vandalised since then.

The moral of this story is that streets and public buildings should not be named after living people. There is too much potential for controversy, especially when the final sentence has not yet been written in the story of that person's life. Who knows what might happen?

There is no problem if Nairobi county names a street after a deceased person. Three months ago, Accra Road was renamed Kenneth Matiba Road. No-one complained. Similarly, it would be fine if Nairobi named a road after the late Chris Kirubi. His life history is known and complete.

Sadly, those rules were not followed in this case. Nairobi county should reverse its decision and let the name of Dik Dik Road stay as it was.

Quote of the day: "We are all the children of one God. The sun, the darkness, the winds are all listening to what we have to say."

Geronimo
The Apache Native American leader was born on June 16, 1829

With or without signage, my name is all over the world - Atwoli

Atwoli said vandalising honorary road signage under his name does not affect him.
News
1 year ago

This comes barely two weeks after the same signpost was removed.
News
1 year ago

Two days ago, Atwoli rubbished claims that the signpost of a road named after him was removed.
News
1 year ago
Post a comment
WATCH: The latest videos from the Star
by STAR EDITOR Editorial
Leader
16 June 2021 - 05:00
Read The E-Paper