Relatives should not just inherit the seat 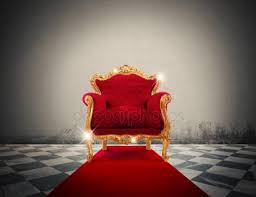 Last week, the Koinange family settled on Lenah, the daughter of Mbiyu Koinange, to replace the late Paul Koinange as MP for Kiambaa.

Both Lenah and June are probably very fine individuals but should families decide who inherits political constituencies? Is this democratic?

Mutula Kilonzo succeeded his father as Makueni senator after his untimely death in 2013.  Just this month, Abdulkadir Haji was elected unopposed to succeed his father Yusuf Haji as Garissa senator. There are many more such examples.

In 1832 Britain passed the Reform Bill to stop landowners owning 'rotten boroughs' where they chose who became a Member of Parliament. It seems very old-fashioned that today a family can still choose who should succeed an incumbent who has passed on.

Political parties should look for the most capable candidate rather than just endorsing a relative of a deceased politician.

Quote of the day: "Studying physics, mathematics, and chemistry is worshipping God."

Fethullah Gülen
The Turkish theologian was born on April 27, 1941

Why flourishing politics of seat inheritance is here to stay

In most cases, party, family, endorses a family member to replace deceased politician.
Siasa
3 weeks ago

Haji played a key role in the rescue mission during the Westgate Mall attack in 2013.
News
1 month ago