Political parties should not decide constituencies 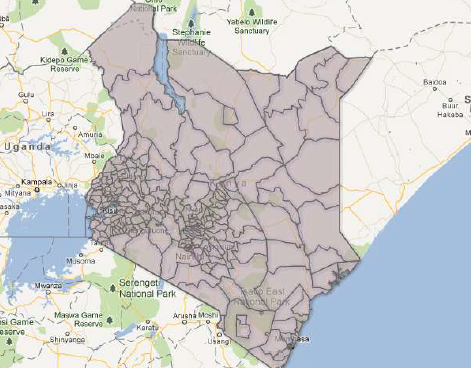 Constituencies should not become a political football. That could result in votes in some regions becoming more equal than others.

This is visible in the United States where states, particularly Republican ones, have 'gerrymandered' voting districts to ensure that they have as many representatives as possible in State Legislatures and Congress.

As a result, on average, Republicans need fewer votes to gain control of Congressional seats than Democrats. To tackle the crisis of blatant 'redistricting', President Biden is reportedly thinking of creating an independent body to be responsible for drawing the maps of political constituencies, although this will be bitterly resisted by Republicans.

Do we want to go there in Kenya? Do we want political parties actively involved in creating and drawing boundaries of electoral constituencies? This dangerous precedent could drag us down the American road.

This precedent is being set by ODM MPs making a deal to get three constituencies for Nyanza from the 70 being created by the BBI Bill (see P8).

The 2010 Constitution set the rules defining how constituencies should be decided. And an independent body, presumably the IEBC, should be responsible for implementing those rules.

Quote of the day: "The true art of memory is the art of attention."

Samuel Johnson
His Dictionary of the English Language was first published on April 15, 1755.

Polls agency says BBI promoter infringed on its mandate by deciding which counties get constituencies.
News
2 months ago

Politicians warn the delay would be a recipe for chaos
News
1 month ago
by STAR EDITOR Editorial
Leader
15 April 2021 - 04:00