Governors to elect chairman; let's hope he lives up to ideals

•The President's role as the chairperson of the governors' summit needs to be felt. 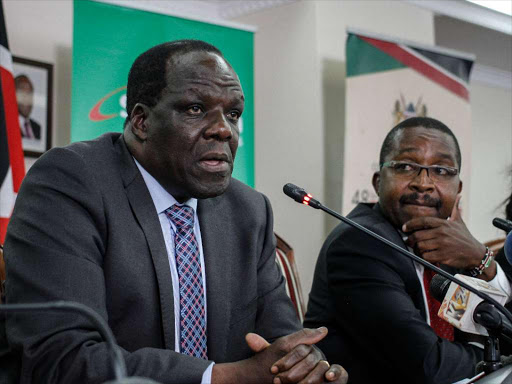 The Council of Governors will elect its chairman on Monday.

The council comprised of all 47 governors is a non-partisan organisation under the Intergovernmental Relations Act.

It is tasked with promoting visionary leadership, sharing best practices and offering a collective voice on policy issues.

Thus, it aims to improve consultations and encourage information sharing.

Kakamega Governor  Wycliffe Oparanya will be defending his seat against Mandera's Ali Roba.

The council has done well, especially in providing a collective voice on policy issues. It has spoken with one voice on county matters.

It was articulate on the Division of Revenue Bill and on the delayed budgetary allocations.

The council has disappointed, however, in promoting visionary leadership and sharing best practices  — if the Auditor General and Controller of Budget's findings are anything to go by.

Some past chairpersons were too combative, pre-occupied with politics and losing focus on the CoG's goals.

The President's role as the chairperson of the governors' summit also needs to be felt.

He needs to engage governors more often on policy and governance so devolved units are in sync with the national government's plans and aspirations.

May the best candidate win. We hope he will champion and live up to the CoG ideals.