• The Lamu plant was originally intended to use Kenyan coal from the Mui basin.

• Financing is not yet finalised because of economic and environmental concerns. 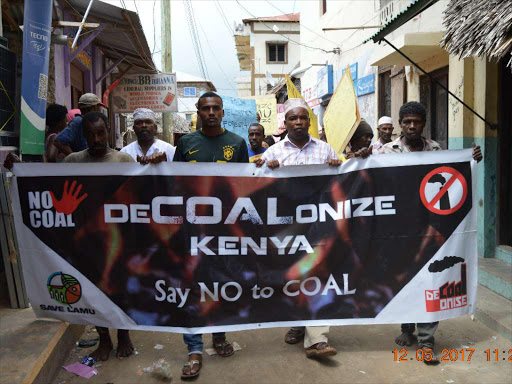 An American think tank claims that power from the Lamu coal plant could cost up to 10 times the predicted 7.2 US cents per KWh  (see P15).

Originally the 1,045 MW plant was supposed to exploit coal from the Mui Basin in Ukambani but it switched to using South African coal which will have to be imported for the next 25 years.

Kenya signed a loan facility with China in 2016 for part of the US$2 billion costs but the finance is not yet complete. Standard Bank retracted a $300 million facility in 2016 and General Electric allegedly is now nervous about contributing $400 million of new turbines for the refurbished Chinese plant.

Kenya does not have a large energy shortfall and 310 MW will come online soon from the Lake Turkana Wind Power Project.

The Lamu Coal Plant is not needed, it's too expensive and will damage the environment of a major tourist centre. It should be scrapped.

Quote of the day: "By what standard of morality can the violence used by a slave to break his chains be considered the same as the violence of a slave master?"

Walter Rodney
The Guyanese activist was assassinated on June 13, 1980