BRT should be public, or private – it can't be both

• 64 buses are yet to arrive from South Africa.

• Many cities have parastatals running their public transport. 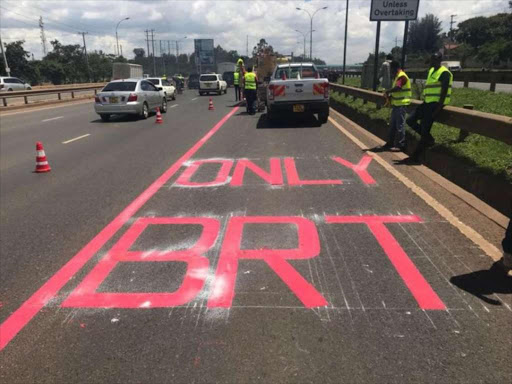 The Bus Rapid Transport system for Nairobi is in a mess.

Government has allegedly ordered 64 buses from South Africa but there is no clear idea of how the BRT will operate on five key corridors (see P23).

BRT needs a dedicated bus lane. This is available only on Thika Road and Outering Road but not on other key routes.

More importantly, there is no clear idea of who will operate the buses. Will it be a management company? Will the buses be leased to individual operators on certain routes with fixed fares?

Matatu Owners Association chairman Simon Kimutai rightly accuses the government of “starting with the cart before the horse”.

It is time to go back to the drawing board. Many big cities have parastatals managing public transport such as TFL in London and the Metropolitan Transport Authority in New York. Tanzania set up the DART parastatal to operate its fleet of rapid transport buses in Dar es Salaam.

If government is buying the buses, it should operate the buses. If it wants the private sector to operate BRT, then they should buy the buses.

Quote of the day: "If you got something you don't want other people to know, keep it in your pocket."