Willy Mutunga: Demonstrations should not be individualised, it is a right for all

The state is not expected to come to the demonstrations armed 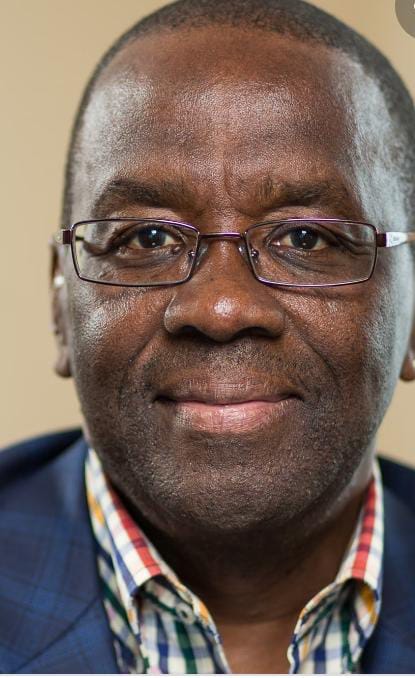 This issue of demonstrations is not about ODM leader Raila Odinga and President William Ruto. It should not be individualized.

It is about the rights of all of us and our protection, respect, and upholding under the Constitution.

Article 37 of our Constitution states as follows:

"Every person has the right, peaceably and unarmed, to assemble, to demonstrate, to picket, and to present petitions to public authorities."

Raila and Kenyans at Kamukunji on 7 December 2022 exercised their democratic and constitutional rights to assemble and enjoy their freedoms of movement, of expression on matters of national interest.

Fundamentally, they breathed life into Article 1 of the Constitution which decrees that all sovereign power belongs to the people of Kenya.

While we have delegated to the Executive the power to protect our lives and property it is clear that if this is not done the state ceases to be legitimate.

The Executive response was positive in confirming that it would protect the demonstrators, but negative when it qualified this duty by saying it will deal with the troublemakers.

Now if history serves us right, Raila has been a serial troublemaker in the eyes of past Kenyan regimes.

Giving political credit where it is due, Raila is a brilliant organizer and mobilizer.

I have personally seen him in action over years.

That is my opinion that I do not expect to be acceptable to all.

I read this qualification as intimidation and a threat to Raila and Kenyans who would be involved in the demonstration.

The history here records from the colonial period to the present how the state machinery of violence has been used in the name of “Law and Order” a euphemism for violation of rights and Rule by Law and not Rule of Law.

Our history records the consequences of such a rule and its collective toll on our lives, limbs, and property.

A glimpse of the historical background of Article 37 has been given but it should be enriched by recent developments.

In the mass action in 1997, the state not only used its machinery of violation to stop demonstrations and processions but also allowed private militia such as Jeshi la Mzee to subvert the rights of the demonstrators.

The brutal attacks by the private militia of Reverend Njoya on 3 May, 7 July, and 19 September 1997 have been well documented.

In a country where politics is ethnicized and monetized it is possible to pin citizens against each other.

The state is not expected to be an onlooker and bystander.

The state is not expected to come to the demonstrations armed with teargas, water cannons, and rubber and live bullets.

It has the duty to protect lives and property otherwise it loses its legitimacy when its delegated sovereign power is withdrawn by citizens.

It is clear that our state views the argument here as academic and abstract, but this is a constitutional decree that binds the state and its political leadership.

In my view, Article 37 commands the state to protect the rights of the demonstrators from the state machinery of violence, private militia, hate speakers, and warmongers that the state and politicians may make them running dogs of their unconstitutional schemes and strategies.

This should make it clear to the state who the true troublemakers are!

Fundamentally the enemy of the people is within the state itself!

Wandati was the Secretary General of the Islamic Party of Kenya in the1990s.

I recall with great appreciation what he told the KANU-MOI dictatorship of the day.

Facing threats hurled against his party and its rights and freedoms he told the dictatorship this:

"You can jail us. You can kill us. We are prepared for both."

The history of Kenya is replete with such clarion calls as this one by Wandati.

Mary Nanjiru said so in 1922 before a bullet took her life.

The Kikuyu Central Association had the same message in the 1920s. Muindi Mbingu led his movement against the British theft of his community’s animal stocks, the Akamba with a similar call.

Makhan Singh and other trade unionists have the same message.

Indeed, Field Marshal Dedan Kimathi, the first Prime Minister of Kenya repeated the revolutionary words uttered by other revolutionaries before him: It is better to die on our feet than on our knees?

Did the Kenya Peoples’ Union not radicalize similar messages in 1966-69?

Who says we have forgotten these messages? What about the second liberators? Jaramogi Odinga Oginga told President Moi that he did not own the title deeds for the Republic of Kenya.

The mass action of 1997 was replete with similar messages.

I believe it is these messages that have made the political leadership in Kenya think of occupying all political spaces by all means possible, including violence and political handshakes.

Although the Deputy President is adamant that a political handshake between Raila and Ruto is not possible, he seems to forget who rules Kenya.

Political handshakes are agents of powerful national and international political forces whose political will cannot be denied.

It can only be denied with the support of the Kenyan people whose political will our political leaders routinely negate and subvert.

Let us do the Arithmetic

Those who wield political power tend to forget to do the arithmetic on these matters.

The Oxfam Report says that 8300 billionaires and millionaires have assets equal to the assets of the rest of us, the over 50 million Kenyans.

This is a dangerous statistic of inequality, inequity, and iniquity.

Post a comment
WATCH: The latest videos from the Star
by WILLY MUTUNGA
Columnists
11 December 2022 - 14:53
Read The E-Paper