MUGA: Why governors regain their seats

What made the voters change their minds about “mheshimiwa”?

• Majority of voters who turned against governors Cheboi, Lusaka and Malombe in 2017 did so in the firm belief  they had found someone better 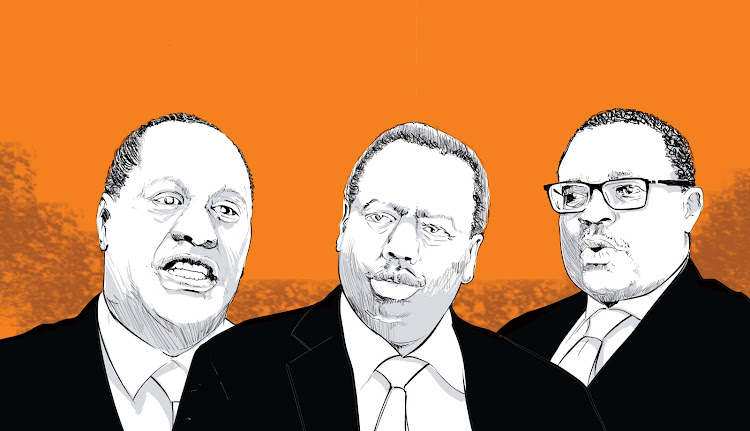 One of the more intriguing outcomes of the August 9 General Election is that some governors who lost their seats in the 2017 poll managed to win them back.

Offhand I can think of three: Baringo Governor Benjamin Cheboi, Kitui's Julius Malombe and Kenneth Lusaka of Bungoma. But very likely there are also others who pulled off this feat of regaining the seat they lost in 2017.

The question then is, why is this?? What made the voters change their minds about “mheshimiwa”?

Of course, here in Kenya, it may be taken for granted that hard core supporters of any of these candidates would insist that their hero never lost in the first place but was rigged out. Kenyans tend to get so deeply invested in seeing their chosen candidate win, that no margin of defeat can convince them that their man actually lost.

And given there is always some degree of foul play in our elections, it is not hard for anyone who wishes to believe that some malicious election rigging was at play, to find evidence for this belief.

But let us assume there was an acknowledged defeat. And five years later, an unquestionable victory. For the same man. How do you explain this?

Well, partly this is based on a kind of psychology which was well explained by the Italian political theorist, Niccolò Machiavelli, about 500 years ago. He wrote,

“…men change their rulers willingly, hoping to better themselves, and this hope induces them to take up arms against him who rules: wherein they are deceived, because they afterwards find by experience they have gone from bad to worse.”

That majority of voters who turned against governors Cheboi, Lusaka and Malombe in 2017, no doubt did so in the firm belief that they had found someone better able to guide the affairs of their county.

But as Machiavelli warned, this was “wherein they [were] deceived, because they afterwards find by experience they have gone from bad to worse” – leaving them with a yearning for the governor whom they had just voted out of office.

But there is one more factor here: This one summarized by the 17th Century English theologian, who wrote: “He that goeth about to persuade a multitude that they are not so well governed as they ought to be shall never want attentive and favorable hearers.”

This is an old-fashioned way of saying that in any political campaign, there is a huge advantage in being the outsider who is seeking to replace a serving elected leader. For the outsider only needs to focus on emphasizing the many promises which that serving leader made a few years ago and then failed to keep. While the leader will have a very difficult time trying to explain why all those wonderful things he had pledged to do, have not been done.

Behind all this lies what I would term as the difference between the “low-hanging fruit” of development initiatives, and “transformational change”.

Whether you are discussing improvements in public infrastructure or in public health services, or in job creation or any of the things we expect from our political leaders, there will always be those projects that make a dazzling impression from the moment they are unveiled; and those that do not impress immediately and whose real impacts take a few years to be revealed.

I have a suspicion that what led to these governors being reelected just five years after they had lost their seats is that they had at least one or two projects launched during their first term in office, which their voters did not fully appreciate at the time they were launched.

And that in time, it became clear just how beneficial those projects were, paving the way for “His Excellency” to return to high office.

Lusaka added though the program was noble, it required a proper audit
News
2 months ago

He raised concerns about missing assets; the task force has two weeks to submit a report to him
Counties
2 months ago
Post a comment
WATCH: The latest videos from the Star
by WYCLIFFE MUGA Commentator on Topical Issues
Columnists
29 September 2022 - 04:00
Read The E-Paper