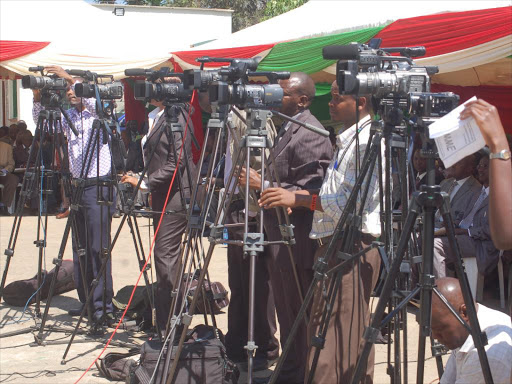 The responsibility of media in elections does not end with the voting or the announcement of results. In fact, it is an ongoing and never-ending story, important to the public and the nation as a whole.

It plays a vital responsibility in reporting on the mechanisms of election disputes and the outcome of related cases, the inauguration of the elected, the selection of a new government and the fulfilment of election promises and manifestos by the respective leaders.

For a smooth transition of power and for the country to prosper in terms of sustaining peace, impartial and balanced post-election coverage is of utmost importance. It is one of the most important elements of election reporting and more generally of political reporting in a democratic country.

Journalists and reporters in healthy democracies continue to scrutinise electoral bodies and elected officials by evaluating their manifestos, actions and policies over time. It is important for journalism education programmes and training programmes to include this continued role of "watchdog" in courses that provide journalists with the necessary research, analytical and writing skills to enable them to deliver quality pre- and post-election coverage.

Importantly, the media should refrain from reporting stories that could cause fear and shock in the public during and after the transition period. Stories, opinions and comments regarding electoral malpractice and violence should be reported after proper fact-checking and presented with due caution and restraint in a manner conducive to creating an atmosphere favourable for national harmony, peace and unity.

Media correspondents must ensure that their post-election reporting is factual and accurate, and must strive to provide fair, balanced and unbiased coverage to avoid misinterpretation by the public. It is said that media is a double-edged sword; it can build or destroy. Post-election coverage can decide the peace and stability of a nation after an election, so it should focus primarily on peace-building stories and narratives.

With the rise of social media in this digital era, regulation of shared content is of utmost importance to curb the sharing of false and fake information, as well as hate speech and incitement to war. Instead, netizens should focus on themes and stories of unity, peace and guide people accordingly.

In the recently concluded general election, social media was identified as the main source of misinformation. Apart from the mainstream media, it is the responsibility of every individual to strengthen peace and unity for a proper transition of power in the post-election period.