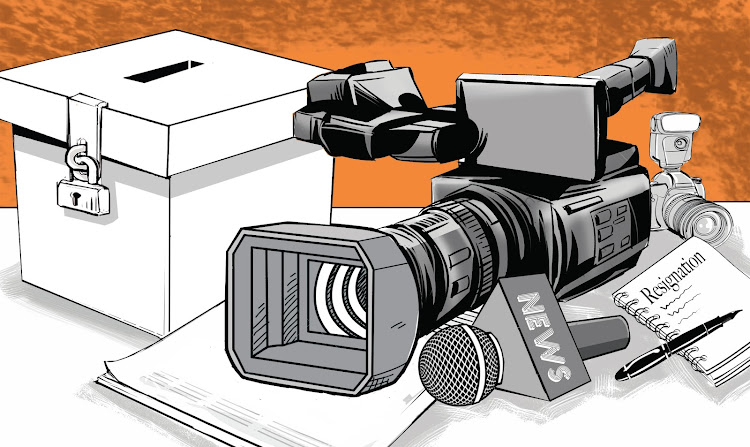 With the general election just three months away, media industry players are sparing no effort in putting together this year’s presidential and running mates’ debates.

In what has become customary in leading democracies around the world, the debates, we believe, are a game-changer in many respects.

Besides offering a golden opportunity to Kenyans to vet candidates during interactive live debates, the men and women contesting get a chance to defend their candidatures by offering a peek into their agenda.

The overriding goal is to promote citizen participation, democracy and issue-based election campaigns. Towards this mission, the Media Council of Kenya, the Media Owners Association and the Kenya Editors’ Guild launched a steering committee for the debates on March 2. A secretariat was also launched. Preparations for the debates are on course, with secretariat meeting regularly to plan.

In the MCK election preparedness work plan, supported and funded by the government and other local and international partners, MCK seeks to undertake several activities to support the sector. These include support for the presidential and running mates’ debates and local-based debates through county-based media outlets on governorship, senatorial and woman rep debates.

It is worth noting that more than 200 radio and television stations and digital media outlets, though legally recognised by MCK, are not members of the Editors' Guild or the Media Owners Association and are therefore not part of the national debates.

Having received requests from several media associations and professional groups to assist in organising local language debates for gubernatorial, senatorial and woman representative debates, MCK requested some of them to nominate persons to sit in a technical group to coordinate themselves and approached other interest groups and individuals to join the initiative.

In furtherance of its mandate as guided by Subsection 5(2) of the MCK Act and to allow it to draw from public funds to support this initiative, the council wrote to Joe Mucheru, Cabinet Secretary for ICT, Innovation and Youth Affairs, on March 7, 2022, forwarding names from within the media landscape and requesting for gazettement of the same.

This was eventually done vide Kenya Gazette 3833 of April 8, 2022. The Cabinet Secretary did not alter the list forwarded to his office. The council is therefore co-convenor and member to both the presidential debates secretariat and local media debates working group where both logistical and financial resources have been dedicated.

Pursuant to its mandate as an independent regulator established by an Act of Parliament, MCK works closely and is guided by several laws and institutions established among them the Ministry of ICT, through which the council reports to the National Assembly and other oversight bodies.

None of these public institutions has attempted to interfere with the independence of the MCK or indeed the Media Complaints Commission.

As the country's media regulator, the council recognises 28 media associations, support groups and societies in addition to 6,500 accredited journalists and more than 550 recognised media houses. The council works with these groups individually and in different thematic groups, regions and needs, and engages all on equal terms.

We are committed to working closely with and bringing together industry stakeholders to promote press freedom and to ensure professionalism in reportage of matters of national interest, the general election included.

They say his decision contravenes the values of transparency, public participation and inclusivity
News
1 month ago

VICTOR BWIRE: Guard our democracy, it came at a high cost

The academy must remain part and parcel of the democratisation process in the country.
Opinion
2 months ago
“WATCH: The latest videos from the Star”
by DAVID OMWOYO
Columnists
20 April 2022 - 12:39