The documentary is at once a celebration, journey the wonders of our shared birthright and an urgent call to action.

• The new documentary on Netflix is an important, credible voice for the cause of conservation.

• It is in my view one of the most powerful voices for planetary stewardship since Al Gore’s An Inconvenient Truth. 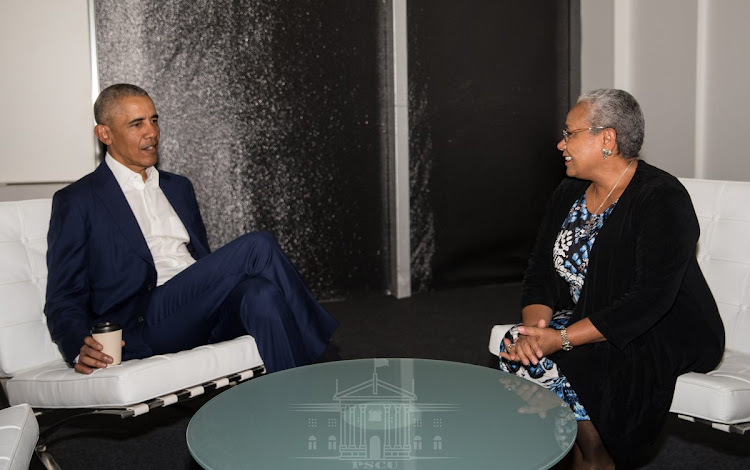 The narration is done like only the former president can; personal, witty and with a powerful sense of urgency.

The new documentary on Netflix is an important, credible voice for the cause of conservation. It is in my view one of the most powerful voices for planetary stewardship since Al Gore’s An Inconvenient Truth.

From the beaches of Loango to the plains of Tsavo to the breathtaking limestone formations of Tsingy De Bemaraha in Madagascar to the world’s largest coral system to the home of the Orangutans to the Chilean Patagonia to Yellowstone, the mother of all parks to Yakushima, home of the Japanese cedar. The documentary is at once a celebration, journey the wonders of our shared birthright and an urgent call to action.

In this documentary, Obama demonstrates the value of national parks in a most compelling way. But we must do more. Only 15 per cent of the planet’s land mass and eight per cent of our oceans are gazetted as protected areas. Hence, a vast proportion of critical plants and animals are not protected and under assault from habitat destruction, poaching and illegal harvesting, climate induced land degradation, infrastructure and expansion of human habitat; cities and towns.

So increasingly, our national parks are perilously isolated, dangerously lacking in critical habitat resources, ranging from pasture or prey to water, mates and refugia or safe havens.

Here in Africa we have witnessed some of the most worrying declines in large mammal populations. In Kenya for example, large mammal populations have declined by a whooping 68 percent in the 40 -year period between 1977 and 2016. According to reliable wildlife census and time-series data, it is estimated seven wildlife species are critically endangered, 19 are endangered, 37 are vulnerable and nearly 44 ecosystems and associated habitats are endangered.

This global number is relatable. The combined effect of the predatory Nile Perch, sediments and nutrients from agriculture and effluence have decimated the rich and diverse endemic fish species that made Lake Victoria a scientific wonder.

While Obama’s documentary is spectacularly entertaining and global in its sweep, it must be a call for concerted local action to do more to save critical biodiversity. Global warming, habitat destruction, pollution, illegal harvesting of species – all these are willful acts that we as humans are singularly responsible for and must act decisively and urgently to end.

Our singular determination to destroy our only home, understood by many as in pursuit of material prosperity, is unrelenting even in the face of overwhelming scientific evidence that we solely depend on a healthy planet.

Our prosperity must not be at the expense of our planet. Let’s give nature a chance.

The views expressed are the writer’s

The Art of Conviction