We all need to work together to stop this menace.

• Upon arrival to the terrorist theatres, the new recruits are drilled to intensify their beliefs, own them and defend them.

• We all need to work together to stop this menace and remember, if you see something suspicious, say something. 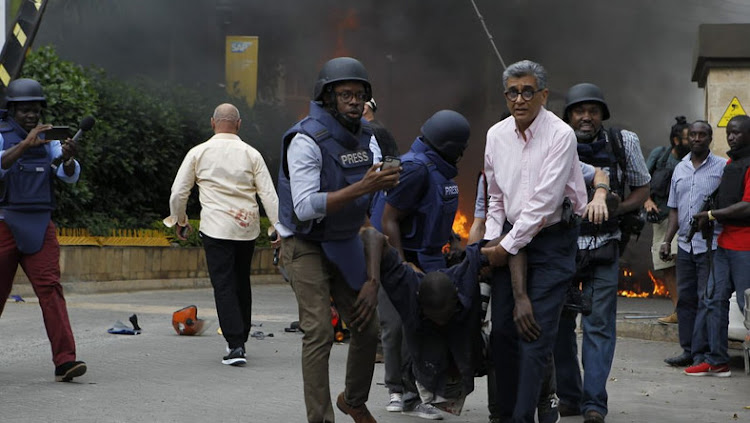 On January 15, 2019, five men left a house in Ruaka and headed to the Riverside area of Nairobi with the sole intent of conducting a terrorist attack.

One, Mahir Riziki, left earlier than the rest.

He was to be the suicide bomber who would start the action and allow his friends to gain access and get as many casualties as possible.

Mahir had gone to Somalia after escaping arrest in Mombasa and had left a young wife.

But when he came back for the attack, he did not contact her or anyone else for that matter; perhaps he thought that any contact with family would distract him.

Following behind Mahir were the other attackers led by Ali Salim Gichunge.

Gichunge had left for Somalia in 2015 and abandoned his dream of being a journalist.

He had a solid relationship with his mother and sisters being the only son.

He was very protective of them and was indeed very close to his mother, who he claimed to love dearly, as per the family’s testimony.

So much so that even his leaving for Somalia did not elicit much attention especially because it was subtly done accompanied with an explanation: moving to Nairobi to look for work- getting a construction job in Lamu, with even references of his ‘employer’ – getting admission to a religious college in Mogadishu.

Yet, when he came back to Kenya for the attack, he did not contact the mother he loved; perhaps, like Mahir, he knew any contact with his mother would dissuade him from carrying out his mission.

So what is it that convinced the young men that their heinous mission was more important than their families, despite the pain and destruction, emotional and physical, that their actions would rend to their families?

The reason can be summed up in one word, ideology, simply defined as a system of ideas or ideals, especially one which forms the basis of economic or political theory.

While there are much push and pull factors that drive individuals to terrorism, there is always an element of belief, considered absolute, regardless of its intensity, that what they are going to do is for a good and greater cause.

The work of recruiters is to plant this ideology into the mind of naïve and nascent folks who are carefully talent-spotted.

They plant the seed and add other incentives such as good salaries, better lives etc.

Upon arrival to the terrorist theatres, the new recruits are drilled to intensify their beliefs, own them and defend them.

Not every new recruit is successfully transformed, some whose prominent reason may have been anything other than ideology, may not be totally convinced though they will still hold the irreducible minimum.

On the flip side, those that are completely convicted by the teaching become lethal killing machines.

Ideology gives them the justification to attack people and institutions they consider guilty of having transgressed their moral and religious fabric.

They transfer their responsibility to victims and other actors whom they blame for the circumstances that led them (the terrorists) to adopt violence as a means of expression.

Imperatively, the selection of a target of attack includes a myriad of factors, including geopolitics.

However, ideology legitimizes the target and supplies the anger and self-justification necessarily to annihilate the target.

Anyone can be a terrorist, there is no closed checklist of an ideal terrorist personality.  The recruiters are within us, thus it behoves society to be vigilant and watch out for them.

They will target persons that can be prolific to their organisations, such as the educated ones looking for economic means, those from broken homes suffering bitterness and identity crises, those who are by nature reserved yet well behaved, amongst others.

For any watchful eye, such as a parent, the signs will be there, however subtle: becoming a recluse; frequent meetings with someone they were not meeting as often before; change in dressing style; purist attitude of accusing others that were erstwhile okey of being outside the belief and insistence - especially family members - on the observance of the strict belief system, etc.

The National Counter Terrorism Centre, among other efforts, has partnered with all counties in Kenya through the formulation of County Action Plans for the Prevention of Violent Extremism (CAPs); the framework upon which all sectors of the society within the counties are coordinated, trained and informed of the threat, what to watch out for and what to do.

We all need to work together to stop this menace and remember, if you see something suspicious, say something.