It is important to talk to those close to us when we are going through issues and also seek professional help when we need it.

• The President advised the 2,502 new officers to be disciplined and talk to their seniors whenever faced with problems instead of engaging in acts of lawlessness and despair.

• His remarks echoed a growing public concern about rising incidents of officers killing their spouses and civilians in a fit of rage that has been attributed to depression and marital problems. 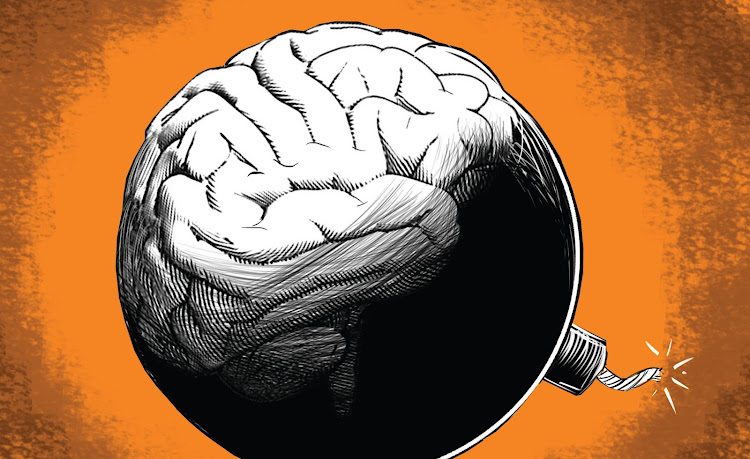 An ant, going to a river to drink, fell in and was carried along in the stream. A dove pitied her condition, and threw into the river a small bough, by means of which the Ant gained the shore.

The ant afterward, seeing a man with a fowling-piece aiming at the dove, stung him in the foot sharply, and made him miss his aim, and so saved the Dove's life.

A week ago, we all woke up to the shocking news of a police officer who had gone on a shooting spree, killing seven people, including himself. The officer, who was based in Kabete, even killed his wife with friends and family later saying he was stressed.

In October, an officer in Ijara reportedly blew himself up with a hand grenade after being involved in a heated argument with his girlfriend. Earlier mid this year, a constable attached to Njoro police station shot dead his girlfriend and then turned the gun on himself.

There was the case of corporal Caroline Kangogo, who made national news after allegedly killing her fellow officer, John Ogweno, and businessman, Peter Ndwiga. The fugitive was later found dead at her parent's house - with the police alleging that she committed suicide.

There has been growing concerns from the public over the welfare of police officers in the country. But though the police killings and suicides are shocking, these are not the only killings that have left the country with too many questions.

Just last Tuesday, a man allegedly killed his wife before committing suicide in Mitaboni, Machakos county. On the last day of last month, a man killed his wife and four children and surrendered himself to the Kianyaga police station in Kirinyaga county.

The statistics overall in the country are always disturbing as more and more cases are reported. It is a trend that is actually very heartbreaking and once that needs to be arrested.

After every couple of weeks, the country wakes up to the shock of a man killing his spouse and/or children or a woman doing the same. Many of these killings are attributed to stress and despair.

Last week, President Uhuru Kenyatta addressed the matter as he spoke to the police and asked them to seek assistance. The President said that like all other Kenyans, those in the security forces always go through stresses in life.

The President advised the 2,502 new officers to be disciplined and talk to their seniors whenever faced with problems instead of engaging in acts of lawlessness and despair.

His remarks echoed a growing public concern about rising incidents of officers killing their spouses and civilians in a fit of rage that has been attributed to depression and marital problems.

The President’s words should speak to all Kenyans. Stress and depression can hit any of us since we are all human and it is important that we all take care of our mental health.

A lot of times, we do not take our mental health as seriously as we take other kinds of illnesses. It is until people are at the edge that they or their friends and relatives take matters of mental health seriously.

It is important to talk to those close to us when we are going through issues and also seek professional help when we need it. There are a lot of mental health experts who have been accredited to help people deal with issues.

The government and all other employers should also take the mental health of their staff seriously to ensure everyone is in the right space of mind. If this happens, we are likely to see less of the killings that we have seen in the recent past.

At the end of the day, we must keep each other close and ensure we help each other navigate some of the stresses that this life brings.

The writer is a political and communications consultant.  @MachelWaikenda

The CS urged the public to refrain from insensitive trivialising and politicising of the matter.
News
1 month ago

Constable Imbatu went home with his AK47 rifle and picked a quarrel with his wife.
News
1 month ago
by MACHEL WAIKENDA Political and Communications Consultant
Columnists
14 December 2021 - 05:00