• A largely agrarian economy does not offer any viable path to prosperity for such a large number of youths.

• To say that you will give these young people loans to start small businesses is an abdication of responsibility. 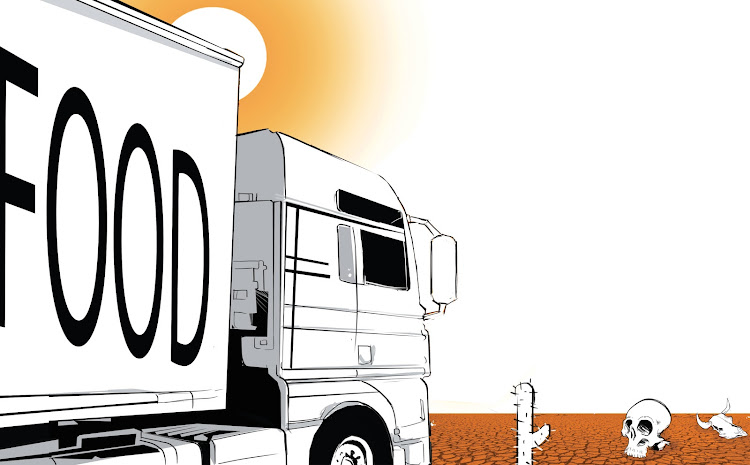 If you have an interest in economics at all, you must have heard of Amartya Sen, the Indian scholar who won the Nobel Prize for economics in 1998.

His was one of the rare Nobel prizes in economics awarded for work done on something that only affects developing nations — famine.

In his book Poverty and Famines: An Essay on Entitlement and Deprivation which was inspired by the Bengal famine of 1943 in which three million people died – he argued that “famine occurs not only from a lack of food, but from inequalities built into mechanisms for distributing food.”

This is something the people of Turkana county can easily relate to.

There is no net shortage of our staple maize in Kenya at the moment.

Indeed, the official website of the Ministry of Agriculture back in April this year released this statement:

“The Ministry further wishes to avert fear over alleged shortage of maize in the country. Projections up to the end of May 2021 indicate a surplus of 11,807,681 90kg bags...”

There is a context to this: The government had just stopped a few dozen lorries from bringing maize grown in both Tanzania and Uganda into Kenya. And as there is supposed to be a free trade in agricultural goods between us and these “sister countries” the reason given for the blocking of these imports was that this maize was infected with deadly aflatoxins. Here it is explained in the official statement:

“Following the Government directive on stoppage of maize transfers from EAC partner countries, unscrupulous businessmen have tried to sneak in maize through non-gazetted border points. The law enforcement agencies have so far, nabbed 39 lorries ferrying maize from Uganda…”

So not only is there no shortage of locally grown produce, but there is also plenty of maize in neighbouring nations and their farmers are eager to export to Kenya.

And yet at much the same time in March, we had this headline in The Star: 640,000 people face starvation in Turkana as drought bites.

What further proof could we possibly need of Professor Sen’s basic conclusion that “famine occurs not only from a lack of food, but from inequalities built into mechanisms for distributing food”?

But there is more to this than just the demonstrable fact that famines are caused more by managerial and logistical failures, than by the simple shortage of food in the specific region.

In many of the advanced economies, agriculture is supported by the rich governments as being, basically, a question of personal lifestyle choices. Their farmers get such valuable subsidies from their governments that the question of how much produce they actually grow is almost irrelevant to their annual incomes.

No amount of hard work by young Kenyans on their small farms can hope to compete with these subsidies and protectionist policies in rich nations.

And even then, given how advanced agricultural technology is in such nations, farms are so productive that in any given year, the world as a whole grows more food than it can consume.

All this has a bearing on the many economic models being promoted by the various leading presidential candidates as we go into the all-out campaign season ahead of the 2022 General Election.

Most of these models completely miss the point.

There are two important statistics here. First is that 70 per cent of Kenyans live in rural areas – and only 30 per cent of us live in the major towns and cities.

Then 60 per cent of our population is below 24 years in age – which qualifies this majority to be generically termed as “youth”.

So, when we speak of “the average Kenyan”, what we really mean is a young man or woman living “in the village” and generally bereft of economic opportunity or any feeling of political inclusion.

A largely agrarian economy does not offer any viable path to prosperity for such a large number of youths.

To say that you will give these young people loans to start small businesses is an abdication of responsibility.