Uhuru stands out for legal goofs

The only possibility is that the President doesn’t care much for legal advice. 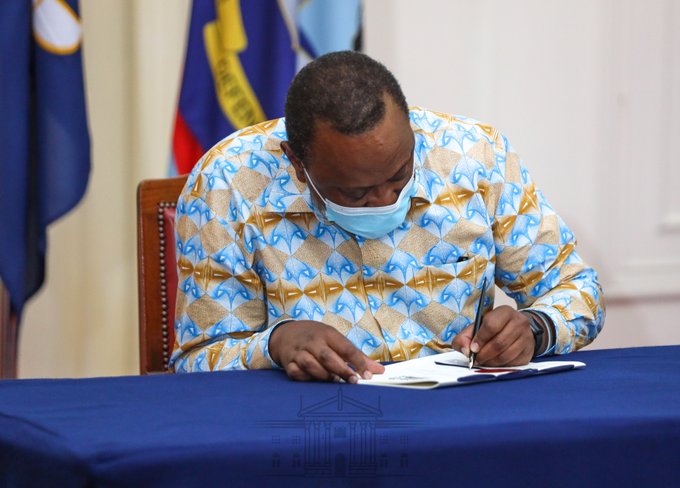 Cabinet Secretary without portfolio and Jubilee secretary general Raphael Tuju is not just a shrewd politician but also an old PR fox. Confronted by yet another embarrassing revelation of President Kenyatta’s contempt for the rule of law, Tuju this week attempted a hopeless little spin.

“I think this is one of the things that we should appreciate about this country; that we have courts of law and they do act independently and they can make the kind of rulings they can make today. We have to accept and respect those rulings,” Tuju told Citizen TV.

He was reacting to a High Court ruling that declared the Cabinet Administrative Secretary position unconstitutional. Uhuru created the post in 2018 as a soft landing for his cronies who had lost in the 2017 general election. CASs are one reason the public wage bill is bloated.

The court also ruled that the reappointment of some Cabinet secretaries in Uhuru’s second term was irregular. They ought to have undergone fresh vetting by Parliament.

Justice Anthony Mrima also quashed the appointment of Principal Secretaries who were not competitively identified and recommended by the Public Service Commission.

Tuju said the government respected the rulings but would appeal. What’s the Jubilee administration’s record on respecting the courts?

In the Uhuru regime’s warped logic, as explained by Tuju, the Executive demonstrates to the nation the competency and independence of the Judiciary by brazenly breaking the law so that the courts can find the government at fault. Everyone should follow this example, right?

Well, not quite. Only the Executive enjoys impunity. The regime knows there is nothing the courts can do to enforce rulings against the state. ‘Uta-do’?

No political consequences, either. Parliament is in Uhuru’s pocket. An impeachment motion against him would have the same chances as a drop of water in hell. And since the handshake, Uhuru faces zero pressure from the streets through public protests.

It is no secret that Uhuru hates the courts and would not miss a chance to humiliate them. He has called judges “wakora” and swore to “revisit” the Judiciary. The nation watched with consternation as former Chief Justice David Maraga poured out his frustrations by the Executive.

The ruling on CASs is one among many where state actions have been found to be unconstitutional and illegal. Last October 29, the High Court nullified 23 laws passed by the National Assembly without the input of the Senate. Uhuru had assented to the laws.

The historic decision, constitutional lawyer Waikwa Wanyoike commented, “reflects everything that is wrong with our Executive and Parliament in failing to follow the Constitution and to abide by court orders”.

Now, chronic disobedience of court orders by the state has featured prominently in interviews for the new Chief Justice, with candidates asked what they would do about it. That alone is stark evidence of how the Judiciary has been hamstrung by Uhuru’s despotic tendencies.

In another case, the High Court on April 8 temporarily blocked the closure of Dadaab and Kakuma refugee camps hosting more than 400,000 people. Interior CS Fred Matiang’i had on March 24 announced the government’s intention to shut the camps and gave UNHCR two weeks to present a closure plan.

A similar order was issued on February 9, 2017, when the High Court found unconstitutional a government decision to close Dadaab and forcibly repatriate Somali refugees.

On February 23, 2015, the Constitutional Court threw out significant sections of a wide-ranging anti-terrorism law that allowed media houses to be punished if they published material “likely to cause fear or alarm”.

The Uhuru regime’s litany of legal goofs raises two important questions: one, what is the quality of legal advice the President gets, for which the public pays dearly? Two: what’s Uhuru’s commitment to the rule of law?

The CASs case was filed by number one public litigant Okiya Omtatah. He is not a lawyer. The government, on the other hand, has the entire Office of the Attorney General to provide legal advice.

It is unlikely the AG’s office is incompetent. So, the only possibility is that the President doesn’t care much for legal advice.

It is no secret that Uhuru hates the courts and would not miss a chance to humiliate them. He has called judges “wakora” and swore to “revisit” the Judiciary. The nation watched with consternation as former Chief Justice David Maraga poured out his frustrations by the Executive.

Smart PR cannot cure this alarming contempt for the rule of law, as Tuju seems to think. On account of routinely breaking the law, Uhuru is unfit to hold office as President. Former CJ Maraga stated this clear fact.

Judge suspended his decision, saying it would disrupt orderly operations.
News
1 year ago

No decision yet on appeal against nullified 23 laws, says Sialai

National Assembly clerk termed as 'erroneous, unfortunate' reports to effect that the appeal was lost
News
1 year ago

The ruling a testament to why the Speaker of the National Assembly is undeserving to be a state officer.
Siasa
1 year ago
by HENRY MAKORI
Columnists
25 April 2021 - 07:45