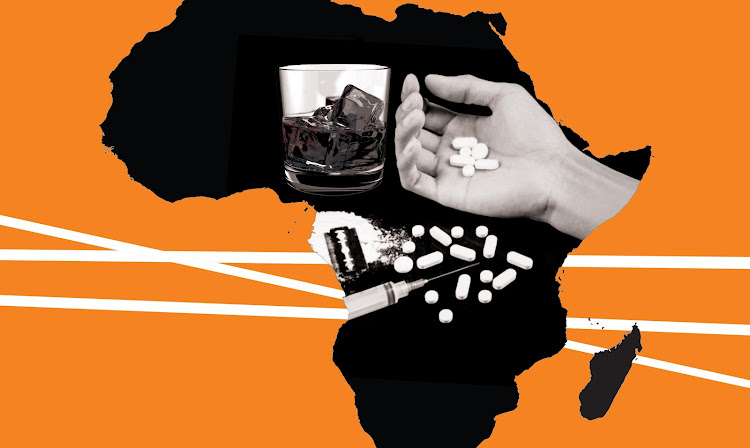 There are common factors that are usually cited in the fight against alcohol and drug abuse but culture, especially in Africa, is sometimes relegated to the back-burner. However, truth is that the African cultural context has and continues to be a powerful social paradigm that heavily influences the African people.

Alcohol and substance abuse has also been largely affected by the cultural realities of the continent’s diverse traditional backgrounds. Culture plays a central role in forming the expectations of individuals about potential problems they may face with drug use.

The number of drug users in sub-Saharan Africa is expected to increase by nearly 150 per cent by 2050, according to new research by the ENACT programme at the Institute for Security Studies, in partnership with the Frederick S Pardee Center for International Futures.

Some traditional societies are able to rely on customs and norms to deter at-risk individuals from using drugs. But other, often more liberal, societies may be more easily influenced by a westernised culture – due to the ubiquity of the internet and social media – that is more tolerant of drug use.

Unlike in some European countries where alcohol use is part of daily life, for instance during meals, in Africa alcohol is used mostly during rituals, clan or family festivities and marriage ceremonies. During rituals the intoxicating power of alcohol is sometimes associated with the mystic power of the gods. Alcohol is also given as a gift during bride price ceremony.

Statistics confirm that the majority of alcohol users in this continent are Christians and non-religious people. Lower proportion of alcohol consumption is seen in the Muslim community. Although some use alcohol as a daily drink, generally intoxication—except during ceremonies—is considered a sin.

In Nigeria among the Igbo, pregnant and nursing mothers are given palm wine to prevent prolonged labour and to aid production of breast milk. Usually the head of the family, who could be the father-in-law or mother-in-law in extended families, institutes this as a therapy as the need arises.

The patriarchal nature of the African society, to date, makes it difficult for women suffering substance addiction to openly seek treatment and other times rehabilitation.

Cultural interventions offer the hope and promise of healing from addictions for indigenous people. However, there are few published studies specifically examining the type and impact of these interventions.

Since the 1960s a dissimilar group of scientists and former drug addicts has been backing a radical treatment for addiction – a hallucinogen called ibogaine, derived from an African plant, that in some cases seems to eliminate withdrawal symptoms.

The drug, derived from the root of a central African plant by the same name, had been used for centuries by the Bwiti people of Gabon and Cameroon, as part of a tribal initiation ceremony. As far as scientists understand, ibogaine affects the brain in two distinct ways; the first is metabolic.

It creates a protein that blocks receptors in the brain that trigger cravings, stopping the symptoms of withdrawal. Its second effect is much less understood. It seems to inspire a dream-like state that is intensely introspective, allowing addicts to address issues in their life that they use alcohol or drugs to suppress.

It also comes with some risks. Ibogaine slows the heart rate and when administered to rats in very high doses, it has been proved to damage the cerebellum, a part of the brain associated with motor function.

Traditionally, leadership at the family level in Africa is commonly the prerogative of the family head, usually the father, and where he is not alive his nearest male relative; while at the village level the village council, among whose member are heads of lineages, segments, elders, titled men and others of wealth and position, performs leadership duties.

The patriarchal nature of the African society, to date, makes it difficult for women suffering substance addiction to openly seek treatment and other times rehabilitation.

For instance, in the Nigerian context, the use of palm wine for these vulnerable groups may have serious health implications for both the mother and the unborn baby or the infant. Alcohol use by pregnant mothers increases the risk of having a child affected by foetal alcohol syndrome and other birth defects and developmental disabilities.

Say drugs are sold and abused in the open just like mandazis
Counties
2 months ago
by SIMON MWANGI
Columnists
12 April 2021 - 04:00