It may be, yet again, down to two families deciding Kenya's fate. 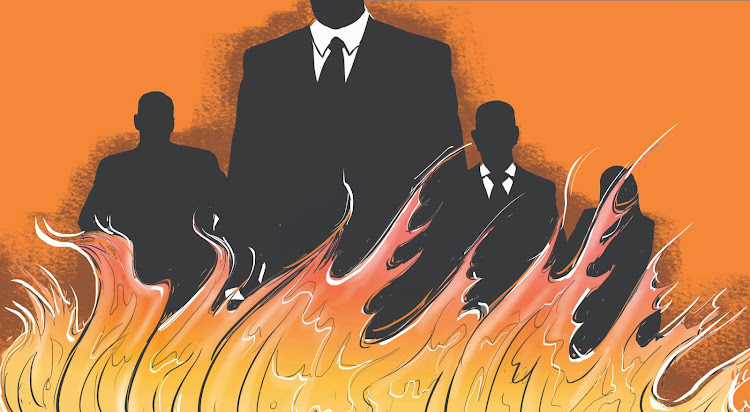 Make no mistake: No meriting aspirant from those communities – the Kikuyu and the Kalenjin – has gone past the ‘Deep State’.

The ‘Deep State’, no matter the magnitude of its influence on presidential succession, cannot withstand the raw rage of a people united against cyclical rigging of elections.

The rage of the citizenry, however, needs a dose of civic consciousness.

It should come with the understanding that every vote counts. Forget the often-quoted former Soviet dictator Josef Stalin’s irony that: “Those who vote decide nothing. Those who count the vote decide everything.”

Stalin was speaking about the defunct communist Soviet Union. Kenya’s democratic health is the business of Kenyans united for change. Such leadership should be the product of free and fair elections.

Why should Kenyans be captive of a cabal that manipulates state machinery to perpetuate bad governance? Why, indeed, should this network of vested interests subvert free and fair elections?

There was a curious scuffle between a billionaire businessman and a Justice of the High Court at the swimming pool of a five-star hotel in Nairobi’s central business district.

The incident, coming 72 hours after Election Day, December 27, 2007, represented fraying nerves. The billionaire, an insider of the power cabal across regimes, was furtive.

The man told the judge, conspiratorially, “We have decided President Mwai Kibaki will be sworn in at the end of the day today.” The information was meant for the judge, but most people present noted the arrogance of the speaker.

The billionaire, with a scandalous record to his fortunes, did not explain the ‘we’ who had ‘decided’.

But the delayed relay of the final results of the presidential election, and the withholding of some, especially from target Mt Kenya constituencies, raised suspicions.

Until then, ODM presidential candidate Raila Odinga had maintained a one million-vote lead against PNU’s incumbent Kibaki. The lead was thinning in a suspicious way.

The silence of the masses risks legitimising something like: Old Jomo promised Old Moi he would be his successor if he pledged to be the guarantor of the Kikuyu who had settled in Rift Valley. Old Moi in turn, promised he would mentor Jomo’s son into a future president. They treat Kenya like a candy bar for the chosen.

Samuel Kivuitu, the electoral commission chairman then, would claim that, indeed, figures were being manipulated.

He could not reach some of the returning officers. Some of the officers, as evidence would later show, were hiding at the Administration Police Training College in Embakasi, Nairobi.

Hours before Election Day, some APs had been ejected from buses ferrying them upcountry, as the system candidate’s presidential election agents.

Some were ejected from hotels in Homa Bay, Busia, and other places. The officers had checked in for a clandestine assignment.

The AP College commandant then, now an MP, later fled into exile. The officer knew ‘too much’. The system did not want him to sing during the Justice Philip Waki inquiry into post-election violence.

Massive deployment of security officers around the KICC, two days before the 2007 election, added to the ominous signs of deceit.

This would be replicated around Bomas of Kenya in 2017. The system has always used force or threat of force to subvert the will of the people.

But the public interest should be more important than the business interests of the faceless ‘Deep State’.

Fast forward 2022: The billionaire power cabal is again looking for a ‘safe pair of safe hands’, or plotting to keep the presidency in the ‘house’, or conspiring to safeguard their business interests, or bent on revolving power between two families in two communities.

Make no mistake: No meriting aspirant from those communities – the Kikuyu and the Kalenjin – has gone past the ‘Deep State’. It may be, yet again, down to two families deciding, unless conscious citizens call the bluff.

The silence of the masses risks legitimising something like: Old Jomo promised Old Moi he would be his successor if he pledged to be the guarantor of the Kikuyu who had settled in Rift Valley. Old Moi in turn, promised he would mentor Jomo’s son into a future president. They treat Kenya like a candy bar for the chosen.

Jomo's son is suspected to be propping up Old Moi's son, Gideon. Cynics suspect that, in the thinking of this cabal, that time may be 2022 presidential succession election. Old Moi's son could also promise Old Jomo's grandson a future return of favour.

Welcome to the possibility of a dynastic conspiracy Deputy President William Ruto has always suspected. The chicanery unfolding in the mismanagement of presidential succession, could give credence to the absurdity of the thinking of the ‘Deep State’.

The ‘Deep State’, a covert network of power brokers operating outside the state’s political leadership, has always had its way around power. The system is the malevolent executioner of the intrigues of the ‘Deep State’, aka power Mafia.

President Uhuru Kenyatta must safeguard his legacy—the promise of a united Kenya.

The Deep State has spoken

It always has its way.
Opinion
1 year ago

His confidence mainly comes from the notion that he has the support of many voters
Opinion
7 months ago
by OKECH KENDO Communications Consultant and University Lecturer
Columnists
07 April 2021 - 07:00